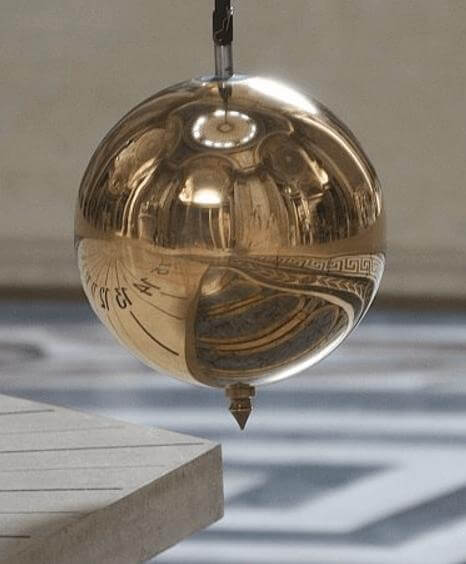 In 1939, while science fiction was on the cusp of its first successful bid for recognition, a small fanzine, Futuria Fantasia, presented the first story by the legendary Ray Bradbury. Titled “The Pendulum”, this story hinted at Bradbury’s future works, which Leigh Brackett declared as not science fiction, but too wonderful not to be included. More Gothic Weird Tales than Campbelline Astounding, this atmospheric tale of a scientist’s punishment and vicarious retribution against his tormentors is just a hair out of step with the fashions of its time, but a worthy bit of science fictional horror that holds up to this day.

Bradbury riffs on the old misunderstood scientist theme and succeeds in making a haunting tale of a man essentially trapped on a giant swing. But what he captures is the shocking arrogance that is too common in the scientist fiction of that day. (See Jack Williamson’s “The Iron God” for one example.) Compare the scientists in many of the stories in the 1930s and 1940s, slipshod, power-mad, and quick to experiment on humanity, and quicker to take offense when any sort of accountability is required of them, to the Obligation of the Engineer, which states, in part:

“In the presence of these my betters and my equals in my Calling, bind myself upon my Honour and Cold Iron, that, of the best of my knowledge and power, I will not henceforward suffer or pass, or be privy to the passing of, Bad Workmanship or Faulty Material in aught that concerns my works before making as an Engineer, or in my dealings with my own Soul before my Maker.

This obligation, written by Rudyard Kipling in 1925, is still repeated by new engineers today. After all, engineering is a profession, while science fictional scientists are mavericks who quickly give themselves to shortcuts and jealousies that the engineer knows to guard against.

As a result of Layeville’s own errors, thirty men were killed by his invention. Rather than show remorse, he is outraged by the condemnation of the crowd. After all, he was only doing it for the betterment of humanity. However, Bradbury never puts to bed the nagging suspicion that this man whose errors caused so much death deserves every second of his later treatment, cruel and unusual it may be.

While other authors would attempt to make heroes out of these inferior men who lack conscience social grace, and any semblance of charity, Bradbury instead gives the tormented Layeville the cold comfort of a front seat to the extermination of his tormentors. Although what comfort could such give the mad? But Bradbury is playing with irony, not seeking to elevate broken men into romantic heroes as other writers in the genre attempted to.

Like many of the moodier stories of its time, “The Pendulum” benefits from being read out loud. Think of it as a kind of science fictional campfire tale. And a warning to the scientifically minded. Not to be cruel, not to be merciless, and not to forget to doublecheck your work.