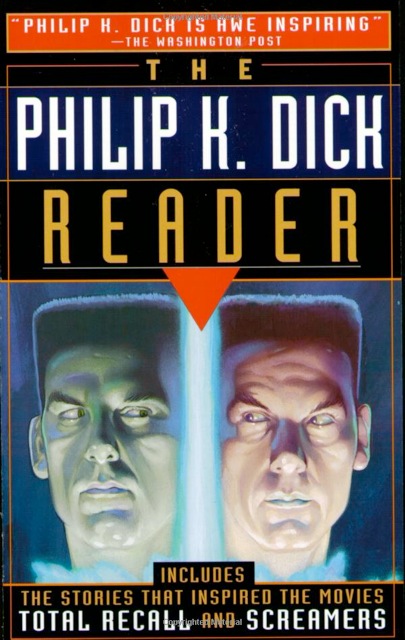 If you go to the Internet Movie Database and type in Philip K. Dick, there are 38 credits listed. I can’t think of any other American science fiction writer from the classic era of magazine and mass-market paperbacks with this many media adaptations.

Philip K. Dick was a prolific writer of science fiction stories during the 1950s. His shorter fiction output dwindled in the 1960s as he put his main effort into novels. I can remember Algis Budrys writing this in the October 1983 issue of The Magazine of Fantasy & Science Fiction:

“Dick’s is the classic case we want to look at. Prior to 1955 and 1956, when Wollheim brought out his first two novels, Solar Lottery and The World Jones Made, Dick had been perceived as a clever if bitter short-story writer. It wasn’t a bad career, but it wasn’t clearly going anywhere. And it certainly didn’t look as if Dick were anything particularly special. He wasn’t as funny as Sheckley when commenting on human foibles; he was, truth to tell, rather tiresomely hortatory. And when he tried to be funny, he approached humor with the heavy hand of someone who’s made a careful study of the mode. When he set out to tell a plain tale plainly, he wasn’t as easy to read as Michael Shaara or J. T. M’intosh or two or three other contemporaries. Most of all, he didn’t seem to carrying out his own niche, and there were plenty of people – Poul Anderson, James Blish, Theodore Sturgeon, and Isaac Asimov among them, with Pohl and Kornbluth coming u fast – who were working the territory he seemed to prefer.

Now, if you look at Solar Lottery today, you’re not going to see much precursor of Valis or The Three Stigmata of Palmer Eldritch. What you will see is a clear attempt – an attempt far more successful than James Blish’s or Damon Knigh’s contemporaneous attempts – to write a rational story based on A. E. van Vogt’s maniacal formula. And in The World Jones Made you’re going to see a wholly successful one, which means Dick is the only writer to pull it off, and that includes van Vogt himself.

What this told us in the 1950s was that Dick deliberately hadn’t settled into any grooves; that he was learning the business from the fundamentals up, studying his predecessors, and exploring how they did it, and perhaps getting ready to push beyond that. Certainly, the two novels betrayed the presence of an intelligence, education and wit considerably beyond the minimum required for a merely successful career. Those hopes for his future were pretty well borne out, too.”

So, Budrys made the case for Philip K. Dick’s novels, his early short fiction – not so much. My comfort zone in science fiction is old cosmic sense of wonder: Jack Williamson, Donald Wandrei, P. Schulyer Miller and action science fiction of the Poul Anderson-H. Beam Piper-Jerry Pournelle axis with a generous side of Jack Vance. For some reason, I decided to pull The Philip K. Dick Reader off the shelf and finally read it. I bought it easily fifteen years ago, read a couple stories, shelved it and never returned. Now I am doggedly making my way through the collection.

The book is from Citadel Twilight which has an odd publishing history. I have a Jack London science fiction collection from Citadel Twilight. Philip K. Dick appears to almost all the imprint publishes. This collection has been reprinted a few times with the front cover blurb “Includes the stories that inspirted the movies TOTAL RECALL and SCREAMERS.”

The book includes 24 stories, most from the 1950s. I will cover five stories a week. 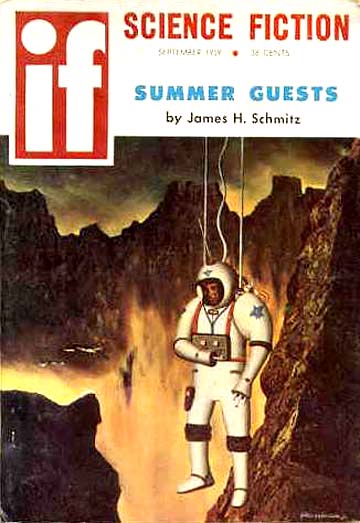 “Fair Game” (If, September 1959): I have read that Dick was a fan of H. P. Lovecraft. A professor has visions of an enormous eye looking at him. He thinks some higher alien being is going to take him away. The story ends on a twist. A sort of glib attempt at cosmic horror. 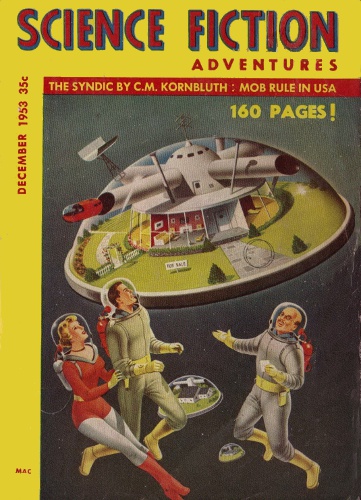 “The Hanging Man” (Science Fiction Adventures, Dec. 1953): Aliens areinfiltrating towns and using a dead body hanging in a prominent place to flush out those not under control. The story is short and depends on a surprise ending. 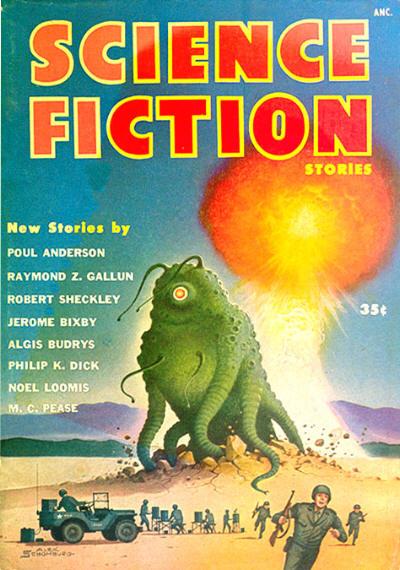 “The Eyes Have It” (Science Fiction Stories #1, 1953): First person account of a man who discovers an alien invasion but gets fed up attempting to convince everyone. You don’t know if the narrator is off his rocker or not. The ending is humorous. 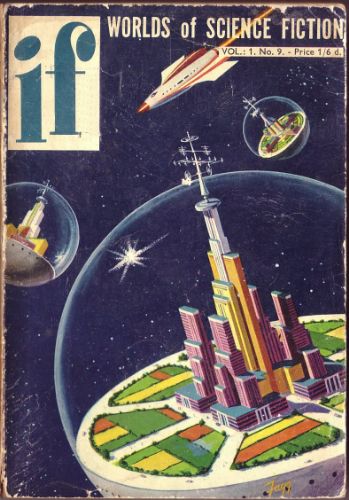 “The Golden Man” (If, April 1954): My favorite of this batch of stories. The story of mutation discovered of a man who is irresistible to woman and can run like hell. He just goes around breeding swooning women and moves on. This mutation is realized to be a mortal threat to human civilization. A story with a lesson on dysgenics. 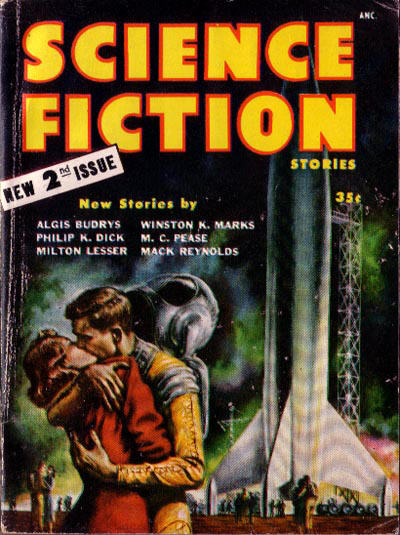 “The Turning Wheel” (Science Fiction Stories #2, 1954):  A future dominated by the Chinese. The machines are running down, and the Han don’t know how to keep the toilets flushing. Scientific inquiry is outlawed as heresy to be routed out. Sung-wu is sent to investigate rumors of Caucs engaging in research into forbidden old knowledge. Some humor as the Chinese swear by “Elron.” Dick was having some fun with L. Ron Hubbard. This story again ends on a humorous phrase.

So far, Philip K. Dick’s short fiction is not impressive at all. The stories for the most part are at best, mid-level digest magazine fare.