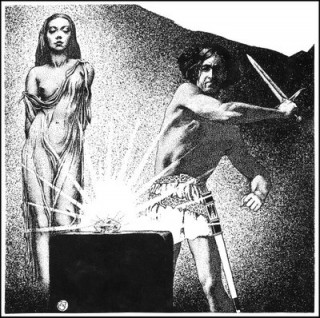 In the January 1937 issue of Weird Tales, Clifford Ball of Astoria, New York, had this to say in the letters section (“The Eyrie”):

“I have been a constant reader of your magazine since 1925, when some author’s conception of weirdness was a gigantic ape dragging a half-naked female about a jungle, and I have watched it progress steadily upward to the zenith. I do not write criticisms; the main purpose of this letter is that I feel moved to offer my condolences upon the death of Mr. Howard. A hundred international Tarzans could never erase the memory of Conan the Cimmerian. Neither Northwest Smith nor Jirel of Joiry–and in Moore you have an excellent author–can quite supplant his glory. When I read that Red Nails would be the last of Conan’s exploits I felt as though some sort of income, or expected resource, had been suddenly severed.”

Clifford Ball did something about it, he began writing sword and sorcery fiction. He was the first inspired by Robert E. Howard.

“Duar the Accursed” appeared in the May 1937 issue of Weird Tales. It is a short novelette or long short story depending on your definition. The story opens up with a bound man of great stature in chains before Queen Nione.

We have Robert E. Howard pastiche dialogue that is seen up through Thundarr the Barbarian:

“‘Speak dog!’ she cried. ‘Find your tongue, or by Krall I’ll have my torturers find it with the plucking-tongs!’”

Duar is not inclined to talk much. It turns out he is rather notorious as “Duar the Accursed.” He has a past as a leader of a pirate host and had his own kingdom destroyed in a most cataclysmic manner. Trouble follows him.

Thrown in the dungeon, he makes an escape with the aid of Shar, some sort of spirit or sprite. She informs Duar he is the reincarnation of a priest of an elder race. Shar shatters the chains around Duar. He infiltrates Queen Nione’s bedroom chamber and abducts her.

Duar is no simpering soy boy. He has some panache.

“’What coward comes skulking in the dark?’ ‘One who resents the appellation, Your Majesty.’… ‘Then in the Names of the Gods, get me something to eat!’ swore the ex-captive.”

Make me a sandwich indeed!

Duar has come to Ygoth to take the Rose of Gaon found within the infamous Black Tower. The jewel supposedly will bestow great power that Duar will harness to create a new kingdom.

Queen Nione takes him to the Black Tower. He finds himself fighting an invisible monster with fangs and claws. Shar the sprite arrives to give the story an deus ex machina resolution by telling him to smash the jewel with his sword (which he does). Duar leaves Shar having no interest in her plans. He does find Nione waiting for him.

I first read this story almost 34 years ago when I found a used copy of New Worlds for Old edited by Lin Carter. I had already read “The Thief of Forthe” by Clifford Ball. That story was in the very first pulp and issue of Weird Tales that I ever bought (at Eide’s in Pittsburgh). I had also read the entry on Clifford Ball by L. Sprague de Camp in Literary Swordsmen and Sorcerers. De Camp did not seem to think very much of Clifford Ball.

Coming back to reread this story, I was prepared to find it as fan fiction. Interestingly, the story was pulp sword and sorcery, derivative and imitative of Robert E. Howard, but it was a cut above fan fiction. Duar says “Faith” instead of “Crom.” His description is almost identical to the most famous Cimmerian. There were a few little mistakes in the prose but overall for a first effort. This story is not bad. Ball had good color and atmosphere. The action is brief and at the end of the story. A first imitation of Robert E. Howard could have far worse.

Farnsworth Wright, editor at Weird Tales, was probably hoping for a competent replacement for Robert E. Howard who died in 1936. E. Hoffmann Price  wrote that the Conan stories saved Weird Tales more than once in the mid-1930s. Lovecraft and Howard were dead. Clark Ashton Smith had cut way back on writing fiction. C. L. Moore’s output had also almost ceased in 1936.

Farnsworth Wright was more lucky than a good editor. He probably wished he had “The Frost Giant’s Daughter” in possession, a story he rejected in 1932. He had a eureka moment when H. P. Lovecraft died, realizing that Lovecraft was something more special than Seabury Quinn.

His luck would hold a little more as Robert Bloch and Henry Kuttner carried Weird Tales in the late 1930s. Edmond Hamilton was still producing steadily for the magazine. Thomas P. Kelley and Earl Pierce Jr. were not of a caliber to replace Howard and Lovecraft.

You can read Clifford Ball’s fiction in the brand new collection from DMR Books. 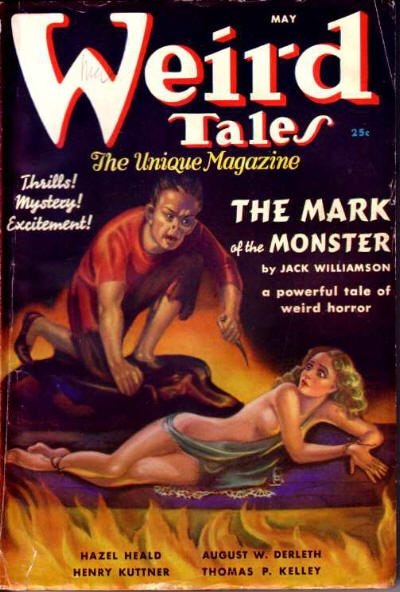