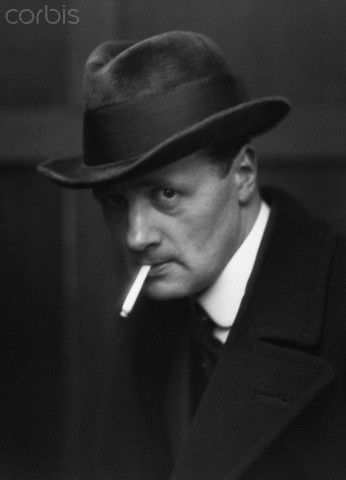 It’s practically impossible to find a picture of Sabatini without a suit and tie, including one where he was fishing!

When I mention bold fighting heroes laughing at death and their enemies, odious and powerful villains, non-stop action and adventure in picturesque settings, and brave, beautiful, worthy women, what writer comes to mind?  For most readers of this blog, it would be Robert E. Howard.  But another name fits equally well, that of the great Rafael Sabatini. Around the same time that Howard was writing his pulp fantasies, Sabatini was producing historical fiction with a very similar aesthetic.  The settings are different, but there is a good deal of similarity in their adventures.  In fact, given how well-read Howard was, I wouldn’t be surprised if he was very familiar with Sabatini’s work, which first became popular in the 1910s.

In some cases, a writer’s life has seemingly little influence on what or how they write.  In Sabatini’s case, however, it explains a lot.

Born to an English mother and an Italian father in 1875, Sabatini lived all over Europe and spoke five languages before he learned English.  However, he chose to live in England from the age of 17 to his death in 1950 and wrote exclusively in that tongue, since “all the best stories are written in English”.  And indeed, there is a very powerful love and appreciation of English history and culture in Sabatini’s writing.  It goes even further, however, as Sabatini’s protagonists frequently embody the best of the English character.  Honorable, brave, intelligent, and tough, facing even the most hopeless and deadly situation with grim determination and a joke on their lips.  It should be noted, however, that Sabatini’s Anglophilia never goes overboard.  Not only are there numerous distinctly English villains of the worst variety, but oftentimes even the institutions of government are shown to be wholly corrupt, as in Captain Blood, discussed further below.

And yet, Sabatini is very different from the English adventure writers of the period, like a Sir Anthony Hope. (The Prisoner of Zenda).  Nowhere in his stories does one find the temperance or moderation of the English protagonist.  On the contrary, there is volcanic passion and anger!  And frequently a deep, thirsting desire for revenge.  Despite their honorable natures, Sabatini’s heroes can be very cruel indeed towards their enemies.  In this we likely see influence from Sabatini’s Italian half.

Lastly, Sabatini’s parents were both opera singers.  And in their son’s stories, there is a very strong theatrical element.  The witty rejoinders, the buffoonish comedic relief, and the violent emotional reactions would be perfect on a stage.  On that last point, Sabatini accomplishes a singularly difficult task.  He deftly avoids melodrama or what I call emotional melisma; the feelings are tremendous, but never over-embellished, out of proportion to what is occurring, or overly fixated upon.  I despise melodrama, but can connect to the emotions of Sabatini’s protagonists.  In particular, that’s because the dominant force in his stories is one of revenge 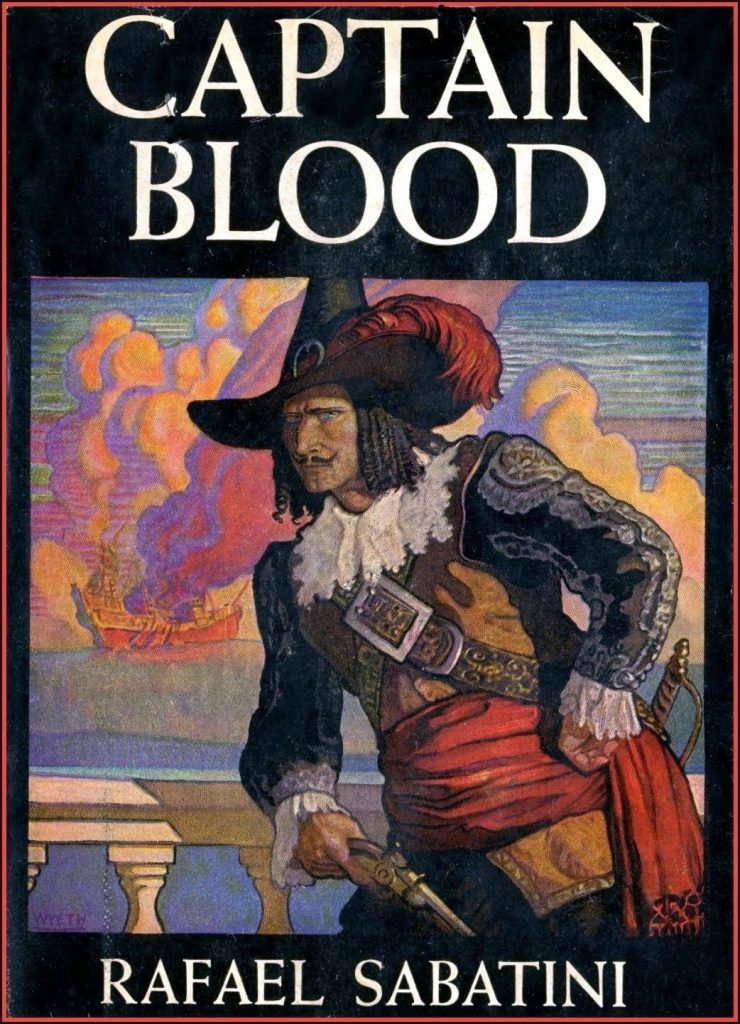 Sabatini wrote extensively over the course of his life, but without question his two greatest masterpieces are the aforementioned Captain Blood and Scaramouche.  In the former, an Irish surgeon scorns an uprising against the English in the late 1600s but yields to his duties as a doctor to treat the wounded.  Unfortunately, he is captured and sentenced to slave labor in the Caribbean by the courts, where Blood escapes his cruel master and embraces a new career, that of pirate.  The ensuing battles and schemes, with enemies all around Blood, with only his courage, wits, and strength to save him, is as worthy a pulp adventure as one will find.  It is notable, too, that despite being a fearsome corsair, Blood still preserves the dignity and honor of a gentleman, never resorting to wanton murder, rape, or any sinful, degrading behavior.  Thus, not only is there the same high adventure in exotic, imaginative settings, but the book maintains a moral core, a feature central to the best pulps.  And like a Conan, Blood is not above cruelly mocking and humiliating his enemies when he has them right where he wants them.

Scaramouche is uncharacteristic for Sabatini in being a wholly French tale, set during the time of the French Revolution.  The epic begins with one of the best opening lines I have come across;

He was born with a gift of laughter and a sense that the world was mad.

Thus we are introduced to Andre-Louis Moreau, a young man studying to be a lawyer.  He is intellectually brilliant and wickedly funny, never taking anything too seriously, and frequently mocking his friend Philippe de Vilmorin for idealistically advancing the revolutionary cause. But as with Blood, all that changes one fateful day, when his friend Vilmorin, protesting the execution of a peasant for poaching on orders of the Marquis de la Tour d’Azyr, is goaded into a duel by the Marquis.  Vilmorin barely knows how to handle a sword, while his opponent is one of the finest swordsmen in all of France.  It ends in Vilmorin’s slaughter. 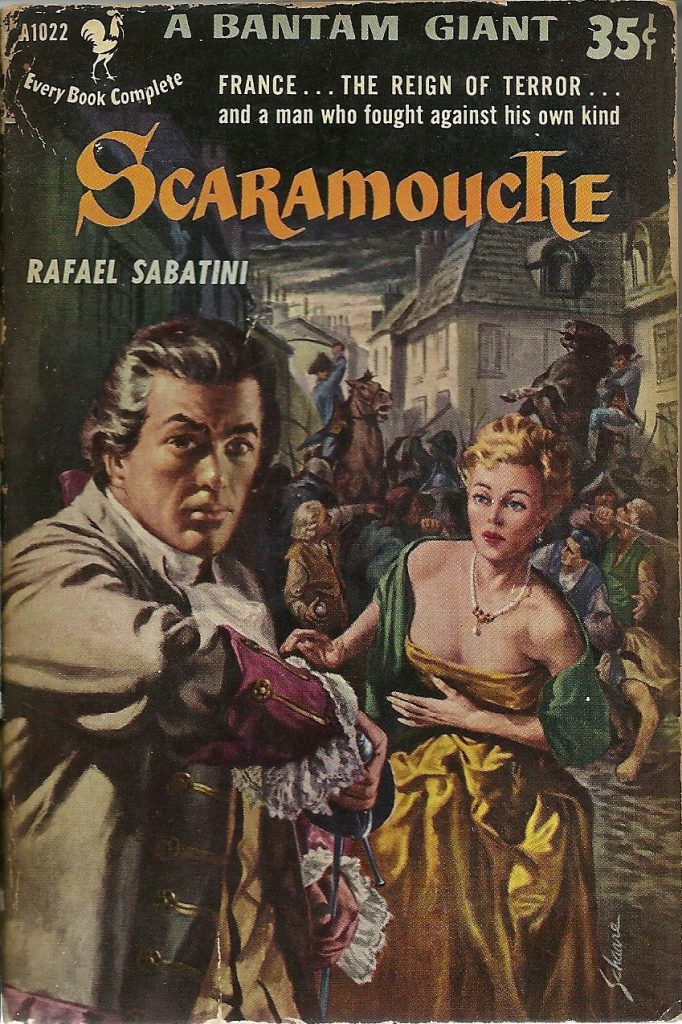 From that moment on, Moreau, a poor, scrawny bastard, holding his dead, blood-spattered friend in his arms, vows revenge on the powerful Marquis.  And what follows is a magnificent adventure that spans the gamut of France on the eve of the Revolution, with Moreau and Marquis both keenly involved in its events.  As befitting a Scaramouche of the stage, Moreau is constantly changing his profession, being at times a politician, a playwright and actor, and a swordsman. Every skill of which he uses against his nemesis, the Marquis, gradually becoming what the nobleman laments as the “evil genius of my life”.  The whole book is thrilling from beginning to end, with exceptional variety.  The part on the history of the French comedic theater is almost as exciting as the superbly described duels to the death.  There is a distinct zest and passion through it all, ending in a perfect climax.

While not considered a pulp writer, I doubt anyone will begrudge me calling Sabatini a pulpish master.  His stories bear the same heroism, moral core, intelligence, action, and manliness as the best pulps.  I highly encourage the readers of this blog to discover his wonderful tales for themselves.