Motion pictures have a long history of capitalizing on marketing by issuing a novelization. Traditionally, the vast majority of these books are simple work-for-hire contracts and had their heyday in the 1970s, prior to the advent of home video. Following the theatrical run of a movie, the only way to enjoy its experience again was to read the novelization. Other than that, novelizations were considered a low-cost add-on for additional revenue.

There have been some interesting exceptions to the stereotypical “souvenir” novelization in the past: Thunderball was Ian Fleming’s first novelization (not first novel) of James Bond. He based it off a script he wrote with others that did not originally result in a film being made.* Clarke’s classic was a twist on the novelization: a lot of people bought the book to figure out what was going on in the movie.

Today, of course, a fan devoted to a particular movie can just, you know, watch the movie again. On his phone. Underwater, if he really wants to. But that doesn’t mean the novelization is dead. The things are now called “media tie-ins” and they expand on the various “universes” of different video game, movie or television settings. 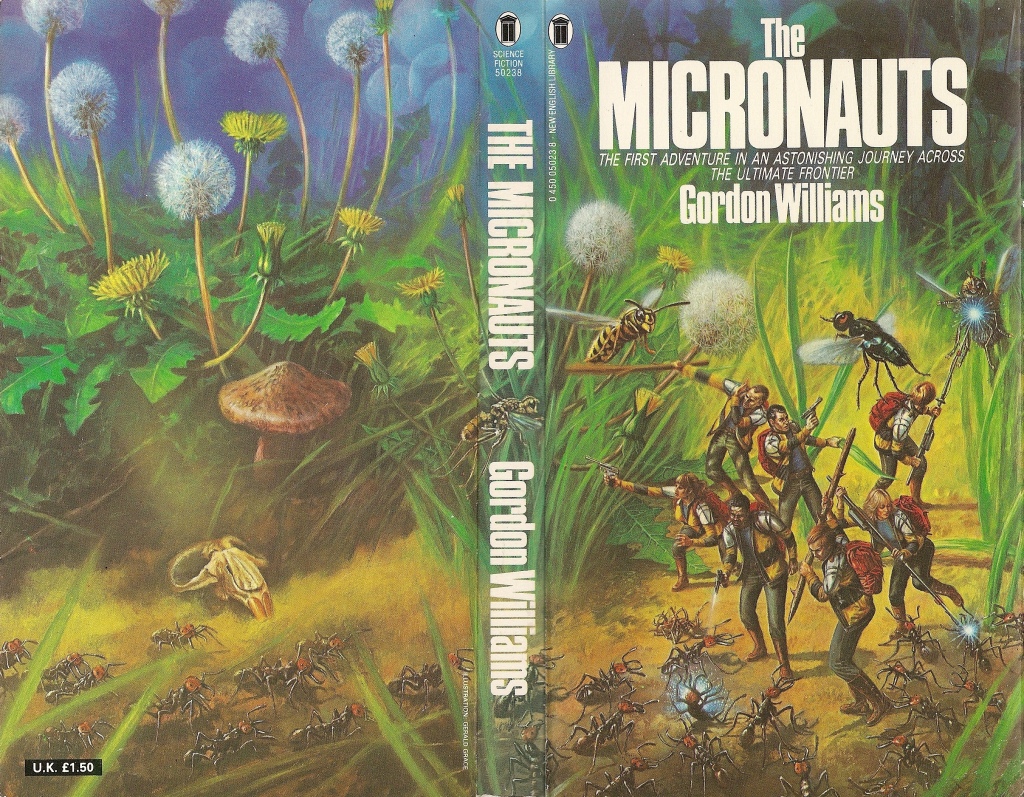 Gordon Williams’ The Micronauts is a rarity: it is a published novelization for a movie that was never released.

But there is another version of tie-in that is uniquely suited to independent production. The Essence of Humanity is an independent prequel novel to the not-yet-produced space opera webseries Starfall. It appears that the author, J.E. Ellis, is using the novel to drum up interest and investment in the video production. Despite the pedestrian cover, the story itself starts out with an interesting hook and a likeable and roguish – and second-rate in the skills department – hero to kick things off.

Now, I have no idea if the reverse novelization is going to work in this instance. But if the idea of doing this results in successful books, I really don’t care if it results in a single motion picture being made to capitalize on the novel’s advance popularity.

Essence of Humanity: The Reverse Novelization

*NOTE: Incidentally, the novelization process is likely why two later films (the released version of Thunderball and the much later Never Say Never Again.) were made instead of just the one.