The Sword and the Sorcerer novelization 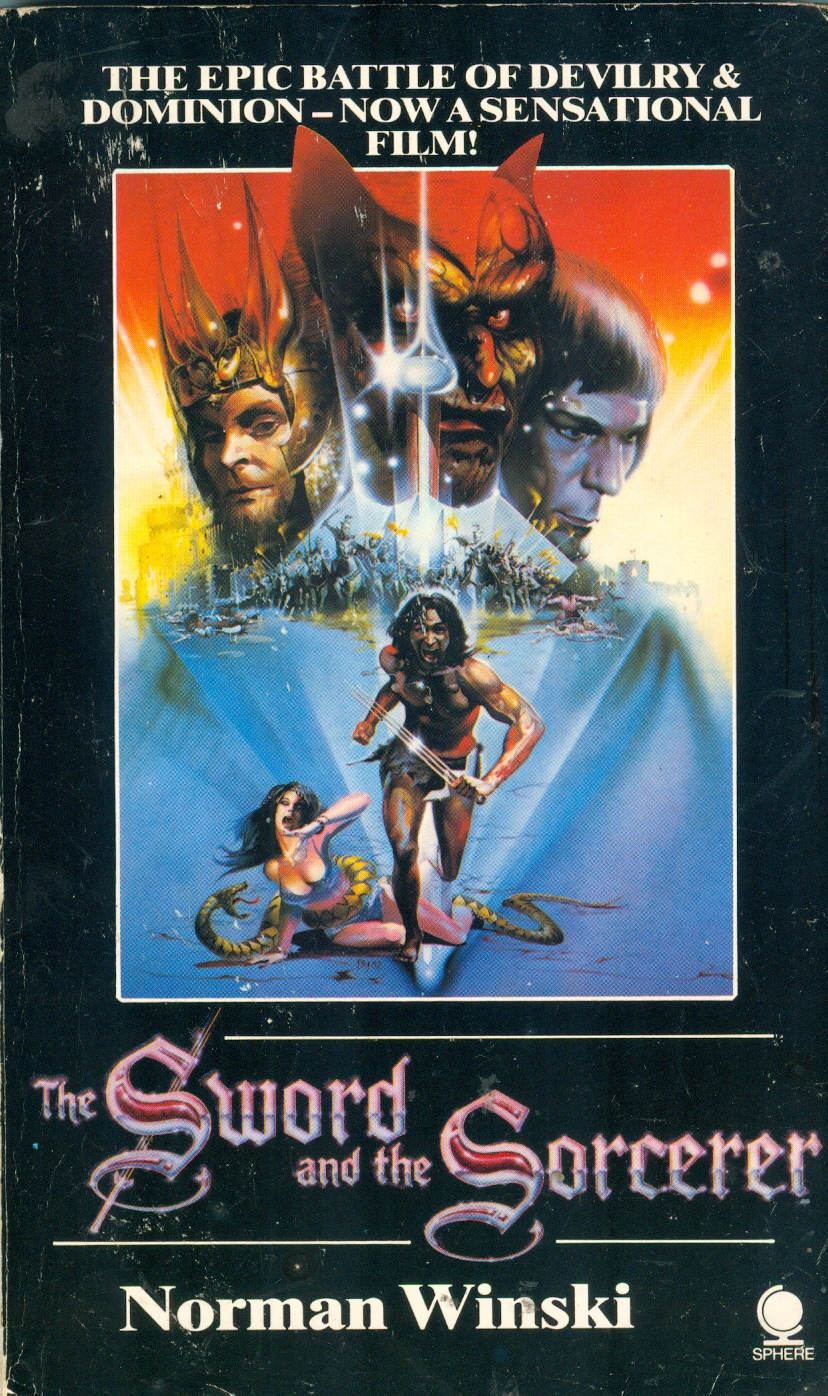 The sword and sorcery genre has not been well served on film. Some movies get close at times but all too often you get low budget, bad script, bad acting fare to end up on Mystery Science Theater 3000.

One movie that is a guilty pleasure for some is The Sword and the Sorcerer from 1982. It was part of the brief flurry of sword and sorcery movies that started with Hawk the Slayer in 1980 and pretty much died with Red Sonja in 1985.

About a year ago, the novelization for the movie was a topic on a social media sword and sorcery group. I know I have seen my share of copies of the books in the past. A search of local used book stories turned up nothing. A friend of mine in England sent me over the Sphere paperback version. I have to say the novel was a fun romp!

The Sword and the Sorcerer was not an over ambitious movie. It used T.V. actors including Lee Horsley, Richard Lynch, Richard Moll (Bull on Night Court). Marshall Harvey’s Trailers from Hell said the producer who distributed soft-core Euro-trash flicks wanted a hard R movie. Hence lots of gratuitous nudity. It was the most profitable independent movie of 1982.

The movie was more Conan of Cimmeria than the rival movie Conan the Barbarian. The script is a bargain basement adaptation of Robert E. Howard’s The Hour of the Dragon with a few other purloined Howard scenes and dialogue. Lee Horsley as Talon played the part with more panache than Chip Rommel’s portrayal of a befuddled side of beef in Conan the Barbarian. Horsley looked good. The movie had more chills with the sorcerer Xusia and more of a swashbuckler than the leaden Conan the Barbarian. But, you had the goofy three bladed shooting sword. The names were also sloppy with Cromwell, Essex, Buckingham. Names like Aragon and Hellas are used. So, it is some hazy pseudo-medieval world.

Now to the novelization by Norman Winski. Who the hell is/was Norman Winski? He wrote one screenplay (Sixpack Annie), and two stories

made into movie (Hostage). A look at the Galactic Central site showed no fiction in the men’s sweat magazines of the 50s or 60s.

His name shows up in Pioneer West magazine where he might have been the editor and various mystic magazines in the 1960s. So, up until The Sword and the Sorcery¸ he was a non-fiction writer on sex, the old West, and mysticism. How he got the gig to write the novelization is probably an interesting story. 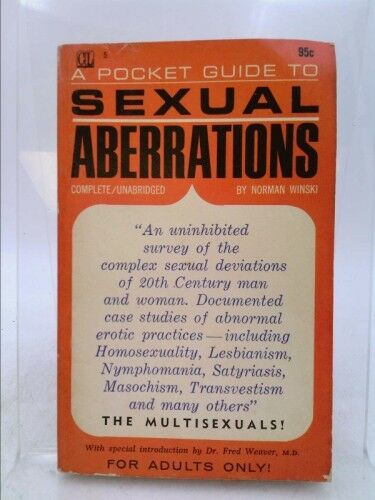 Winski fills in details of Titus Cromwell’s plans. The prose is nothing fancy, it does the job of telling the story and then some.  For those who have not seen the movie, Xusia the dead sorcerer is revived by an ambitious general. The sorcerer defeats King Richard of Eh-Dan’s armies using plague. Titus Cromwell kills King Richard, his wife, and children except Talon who escapes with the three bladed sword.

Talon is described as a double for Conan with a mane of black hair and blue eyes. He is even described as a barbarian on one page. He also uses the “Who dies first?” line taken from Robert E. Howard.

Some details were on the disturbing side:

“A pretty teenage boy in black livery, with curled bangs, breezed into the war room, his rouged lips and long lashes trembling at the unusual sight of an enraged King Richard.”

Now, was this necessary?

The writing is sort of like a version of Robert Leslie Bellem updated for paperbacks. Bellem wrote for the spicy pulps and known for his Dan 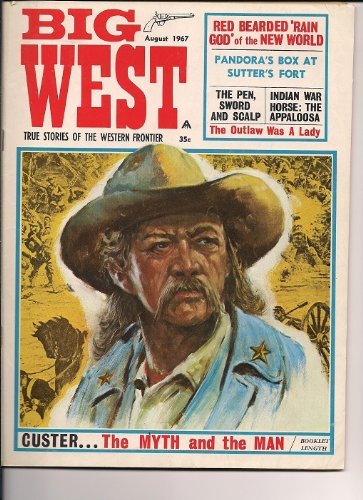 There is no gender neutrality here:

“I can feel the silken purse between your legs, sweetmeat! You’re going to squirm on the end of my lance whether you like it or not!”

“My mouth waters for a suck of those melons!”

“Talon wished he could oblige the wanton, because the meal she offered was one he had not partaken of in weeks. But there was an outlaw king to dethrone and his own hide was being hunted by hundreds of soldiers at this very moment.”

“I was saved by the most gorgeous young man you’ve ever seen! You should have seen his chest and shoulders! And I could tell by the bulge under his tunic that his shaft was immense!”

“By noon, bodies stickily entangled atop a soft  green carpet of grass, under a shaded canopy of leafy branches, Talon delivered Alana from the burder of her maidenhead.” (sic)

And the action scenes are not bad. A twelve year old in 1982 picking up this paperback was in for a surprise! I simply don’t remember if I have ever watched the movie all the way through. Seemed back in the 80s, I would catch 20 minutes here, 20 minutes there when on T.V. So, the novelization is an oddity by a writer from left field published by a bottom level publisher for an independent movie. This is a movie that would not be made today! 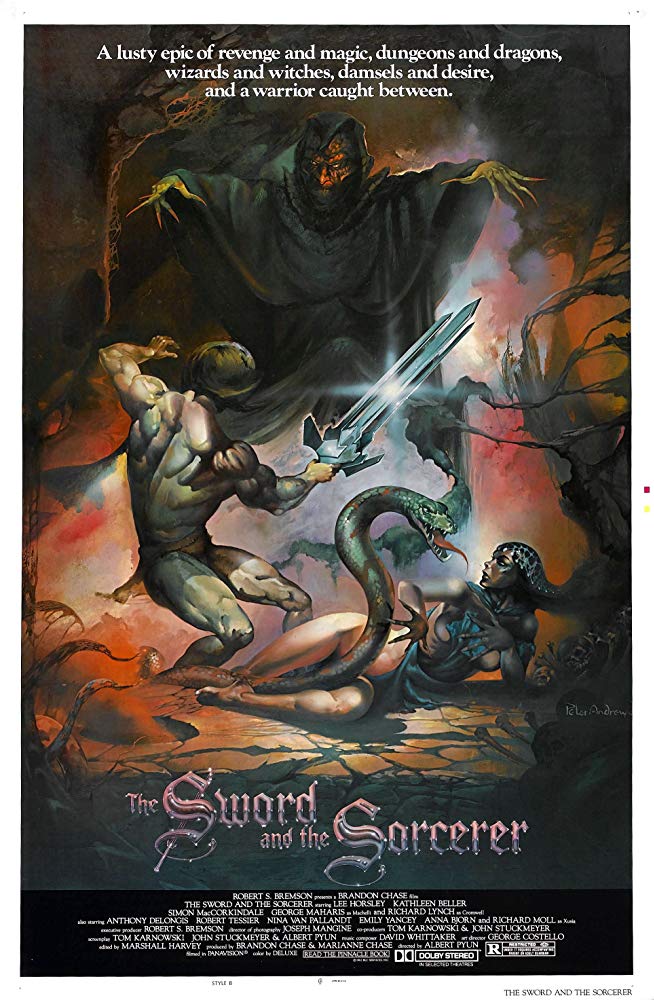