The Underrated Face in the Frost

When it comes to Appendix N, let’s be honest – there’s a little bit of a pecking order. Even most mainstream, casual readers have certainly heard of the likes of Tolkien and Lovecraft, probably Burroughs, and maybe Howard. Among genre fans and older gamers (which often overlap) and the true believers of the Cult of Appendix N, there are some more obscure but often just as highly revered figures – Brackett, Anderson, Leiber, Merritt, Moorcock, Norton, Vance, etc. And of course there’s Derleth, whom most semi-respectable people prefer to ignore. 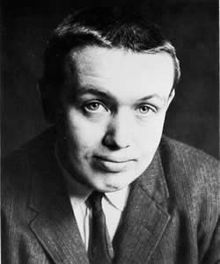 Somewhere in between and outside of those groups lies John Bellairs, author of the Face in the Frost. Interestingly, Bellairs’ first published work was a parody of sorts, and he is mostly known for his several succeeding children’s gothic horror series. The Face in the Frost, written largely as a result of Bellairs’ admiration for Tolkien’s Lord of the Rings, marked perhaps his most explicit foray into “pure” fantasy.

Knowing this all this now somewhat elucidates one of my early observations about the story, which focuses on the adventure of two wizards as they strive to foil the evil designs of a malevolent and mysterious antagonist. Bellairs was obviously just as comfortable crafting horror as humor, and I was quite surprised at the story’s periodic changes in tone as it went from kind of silly to quite sinister.

On the whole, Bellairs did a competent, if perhaps less than perfect, job of balancing these moods. At one point the wizard Prospero is attempting to bathe, but his obnoxious singing, screaming magic mirror is unceasingly imploring him to come gaze at the vista of exotic-sounding Aurungabad. Exasperated by the noise, the conjurer relents and goes to take in the view, only to be greeted with…the sight of a 1943 baseball game. This would have turned me off if not for the savage shade-throwing by Bellairs (for in the game the Cubs are losing to the Giants 16-0). Amusing.

A little later on, we are privy to the diary of a monk who has come into possession of a strange book. As the entries progress and he relates his deciphering of the tome, the monastic begins to unlock supernatural powers, but also experiences bizarre sensations. As he quits his prayers and quarrels with with his abbot, we can see that the book is slowly driving him to monomania and madness. The almost abrupt (certainly unexpected) shift in tone really perked me up at this point, for this stuff was genuinely creepy. Bellairs clearly had a flair for horror.

Another refreshing element is the generally modest, but still wondrous, nature of magic in the Face in the Frost. Our two heroes, Prospero and Roger Bacon, are quite humble in terms of their magical might. The story’s prologue states:

Prospero and Roger Bacon, the two main characters in a story that seems crammed with wizards, were wizards. They knew seven different runic alphabets, could sing the Dies Irae all the way through to the end, and knew what a Hand of Glory was. Though they could not make the moon eclipse, they could do some very striking lightning effects and make it look as though it might rain if you waited long enough.

In other words, they can’t really do a lot of useful magic. In many respects they are more academics than enchanters. Interestingly, the magic of Bellairs’ world reminded me in many ways of Vance’s Dying Earth. A chief difference between the two, of course, is that Vancian wizards must absorb spells through an intense study and can hold no more than a few at once in their minds. Once cast, the spells are purged from their minds and must be restudied to be used again.

While spells are not expunged from the minds of Prospero or Roger Bacon upon use, we are given the impression that the two do study their spellbooks quite frequently (often before resting!). Prospero also vaguely notes at one point that his magic is not unlimited. In addition, they seem to possess all manner of unique magical items and artifacts. As in the Dying Earth, some of these items appear to be quite useless, and others represent quite substantial and valuable components of their owners’ power. Prospero’s staff, for example, when propped lightly against a door can secure it much more strongly than a lock or bar.

It’s been pointed out that various components are a big part of Bellairs’ magic. The casting of spells often involves the ritual chanting of nonsense or the belting out of a song. Sometimes ingredients are required, or the carving of words or symbols.  There seems to be some order to this madness, but it feels magical and strange, unlike the systematic and sterile magical systems of some other story and game universes. 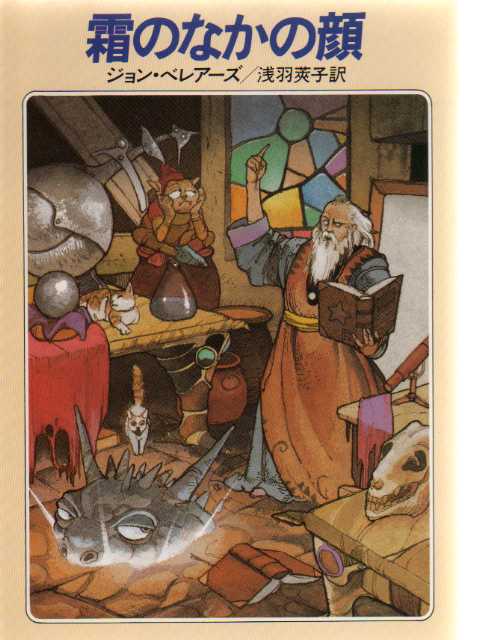 One last point about why I enjoyed the Face in the Frost relates to another duality in the work. The two main characters, though intelligent, are often rather bumbling. They do achieve victories, but throughout a majority of the story they just seem to be groping their way forward. And yet, they are heroic. There are several points at which the two are given an out, the option to remain home and attempt to weather the storm. And yet they know that if they do not challenge the encroaching evil, no one will. They realize that they are probably going to fail, but they are determined to try anyway, because it is the right thing to do. Prospero and Roger Bacon are no Gandalfs, but that is very Lord of the Rings!