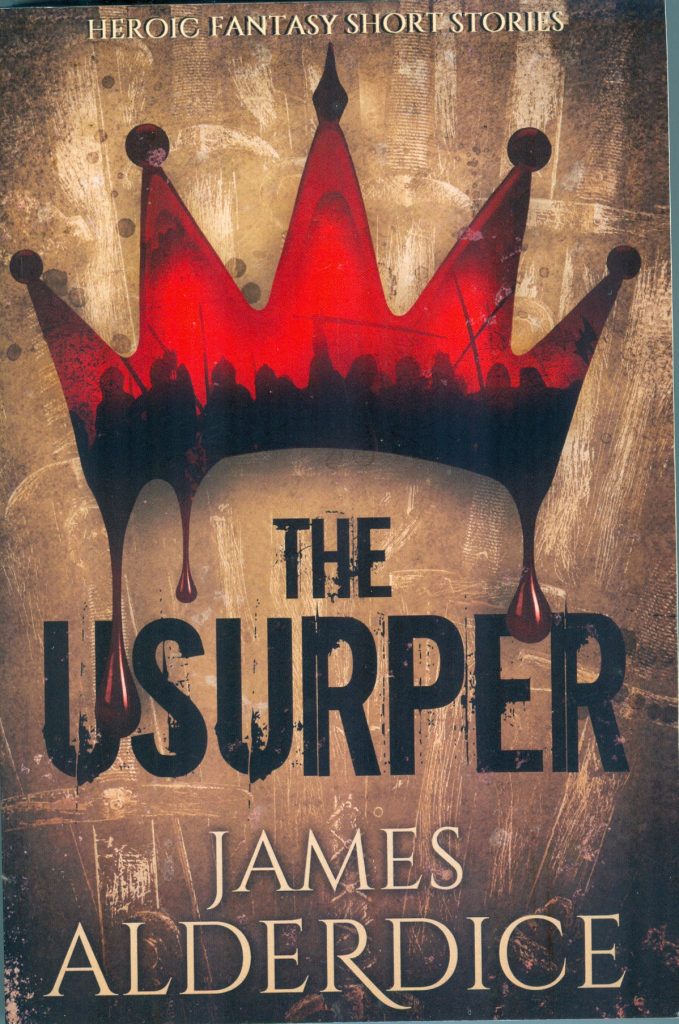 The Big Five publishers won’t give us old school sword & sorcery but that is not stopping the small press. David J. West has been scratching the itch by producing blood & thunder sword & sorcery.

I looked at Whispers of the Goddess a couple years back. This time I look at The Usurper under West’s “James Alderdice” name. This novel is part of the “Brutal Sword Saga” and listed as the second in the series. It is book presenting the rise of Gathelaus who eventually becomes king of Vjorn. Trade paperback format with 321 pages.

The book goes back and forth with the campaign to remove the despicable king of Vjorn interspersed with stories of Gathelaus life as a sell-sword. Some of the intervening episodes are incidents, short vignettes; others are longer in scope.

West as Alderdice re-purposed a few of the stories in Whispers of the Goddess as chapters in Gathelaus’ life.

The fantasy world is a mix in the tradition of Robert E. Howard’s Hyborian Age in order to get maximum benefit. There are areas that are High Middle Ages Europe, medieval Islamic Caliphate, a section with a steppe nomad leader based on Attila the Hun. Words and place names are used and sometimes changed slightly to remove the serial numbers. West has Picts in this world and they appear to not even be physically Caucasoid but American Indians.

A couple of the stories within the book deal with adventures involving the Picts. These stories are weird westerns with swords. There is another story with a mad emperor that has a Transylvanian feel to it as he attempts to open gates to other worlds when the stars are right.

The chapter with Gathelaus’ final showdown with King Forlock is entitled “Day of the Lion.” This is a nod to the novel Karl Edward Wagner never wrote about how Conan became king of Aquilonia.

Gathelaus is David J. West’s Conan. Don’t look for some introspective examination of the current human condition. This is traditional sword & sorcery. You have read it before but want to read it again.

You can get The Usurper in trade paperback or kindle form.