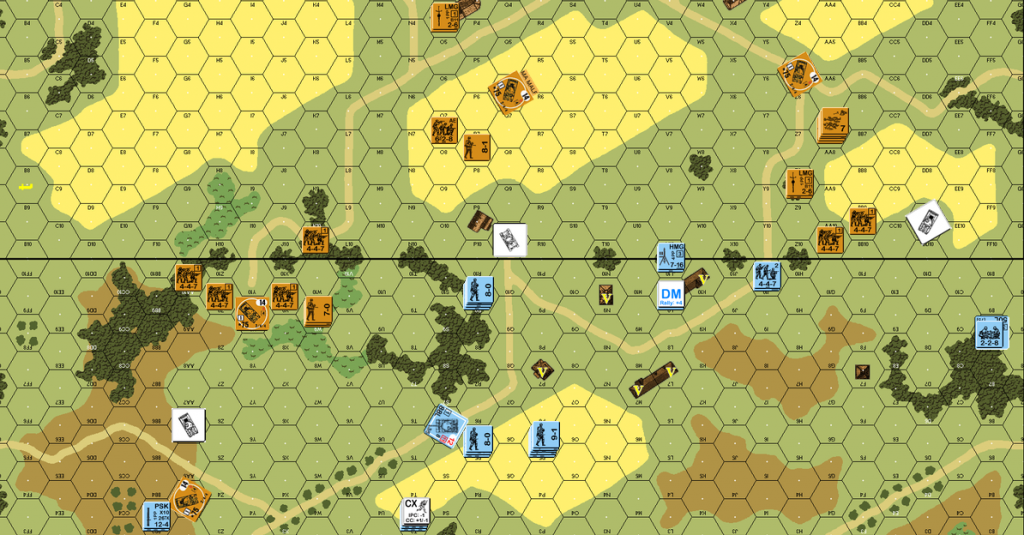 This is the continuation of the ASL Starter Kit scenario S24 that I previously described at Vox Popoli. As you can see Turn 3 turned out to be eventful, as my AT gun revealed itself as soon as one of the Russian tanks presented it with a clear side shot on the right flank, while on the left, two more Russian tanks found themselves caught between a Tiger and a Panzerschreck. I managed to mostly pull back my tripwire troops successfully after breaking a few of the advancing forces, but the two tanks in the middle managed to break my heavy machine gun squad and drive my central forces back into the safety of the woods.

Thanks to my reinforcements, I’m not too concerned about being able to hold onto the buildings designated as victory conditions, especially considering that one of the two enemy tanks in the center has a malfunctioning main armament. But I have learned to pay a little more attention to how thick the enemy armor is before engaging in a head-to-head encounter with a 75* popgun and my opponent is in the process of learning the vital importance of an infantry screen for one’s armor, even in non-urban situations.