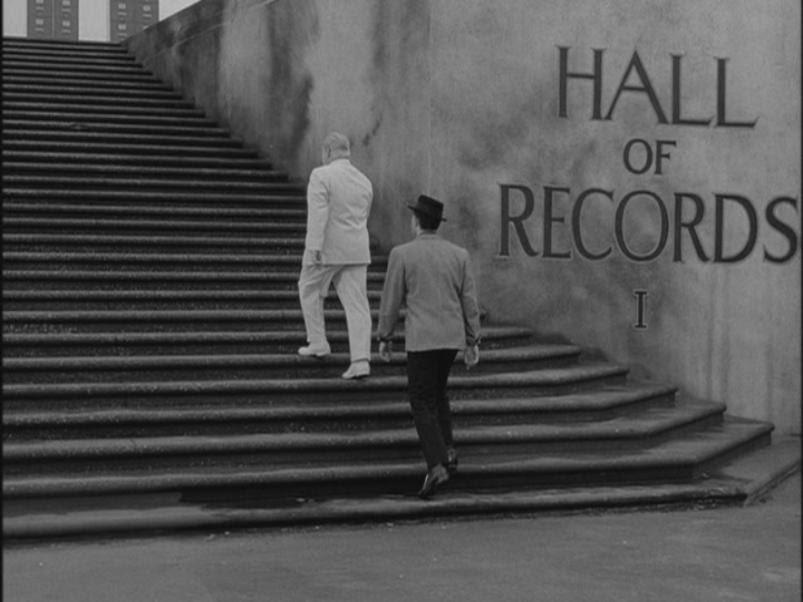 From Twilight Zone, “A Nice Place to Visit”

Hell is a nice place to visit. You just wouldn’t want to live there.

At least, it sure seems like that in science fiction. Now, in fantasy, the concept of Hell, as a setting, can be florid or grey, medieval or modern, horrific or dull, but, in general, it tends to be a setting that is overtly connected to the traditional concept of a supernatural form of the afterlife, typically involving punishment or tasks necessary for atonement.

That’s a broad brush, but Hell in science fiction books tends to go in a social – not supernatural -direction. Certainly Hell can appear to be a location in utopic and dystopic stories, but even then, the misery tends to be natural or man-made, with nary a whiff of satanic sulfur.

No, if Lucifer shows up in science fiction, it is almost always as an avatar of natural evil. Clarke’s Childhood’s End is very on-the nose about this: the alien visitors, superior to man and brought forth to bring about his further evolution, appear as devils, and in so doing, betray the biblical and traditional imagery of the demonic as fairy tales.

But a devil-less hell has other things going for it. In Dave Hoffman’s I Am the Sun, the real-world setting is disrupted by the introduction of Trinity,  a new psychotropic drug that apparently opens up a world of godhood to the user:

The darkness was so deep, so crushing. The spiders and demons weren’t like him anymore. They were made of the stuff that black holes were made of. Robert didn’t have much more time. The Abyss was creeping in. That was all he knew.

He pushed himself across the surface of the planet as the material objects around him, the buildings, the sidewalk, all cracked and broke apart from the spider’s shots of metal silk. He tried to run, but the spiders could keep up. The eclipse from the starship followed too.

There were no lines anymore, no people, just black, toxic energy. The sky was filled with swarms of locust, the ground full of ticks. The lines that guided him were running out. Soon, only one remained, and Robert could see the end. The very essence of the universe was collapsing down upon him. He almost thought about calling out to God.

At the end of the line of causality, Robert decided that he would fight, one last time, before the spiders and the spaceship took him. He leapt off the surface of the Earth, toward that black obelisk floating in front of the sun. He was going to punch it, in half, and send it back down to Earth to be eaten by the ticks and demons. I Am the Sun, Dave Hoffman

In Foundation and Empire, a shadowy figure known as the Mule conquers entire space systems through mysterious psionic powers, creating waves of defeatism and depression far more devastating than his military fleets.

“Beliefs can’t be shaken short of a major shock, in which case, a fairly complete mental disruption results. Mild cases – hysteria, morbid sense of insecurity. Advanced cases – madness and suicide.” – Ebling Mis, describing the special sort of Hell brought about by a conquerer like the Mule. Foundation and Empire, Isaac Asimov

In Poul Anderson’s Gateway, the main character spends a long time narrating stories that dance around a special version of galactic hell, a hell that he survived and tries very hard not to think about.

Everything’s perfectly natural. One of the Overlords of Clarke’s Childhood’s End.

Embassytown is a colony in Bremen on the planet Arieka where humans, aliens and the strange, indigeonous Ariekei, known as “Hosts” dwell together in a semblance of realistic harmony.

“Their language is organised noise, like all of ours are, but for them each word is a funnel. Where to us each word means something, to the Hosts, each is an opening. A door, through which the thought of that referent, the thought itself that reached for that word, can be seen.

When they speak they do hear the soul in each voice. That’s how the meaning lives there. The words have got . . .” He shook his head, hesitating, then just using that religiose term. “Got the soul in them. And it has to be there, the meaning. Has to be true to be Language.” – Embassytown, China Mieville

This strange Language of the Hosts, nearly impossible for non Ariekei to speak, is the locus of a massive disruption to the order of things when a new Ambassador (a human who can speak the “Language”) arrives and addicts the Host’s to his corrupting influence.

Science fiction may indeed avoid the supernatural, especially when the realm of Hell is concerned, but by diminishing the Father of Lies, the social (or, as the case may be, anti-social) aspects of naturalistic settings can be equally, uh, damning.