Whispers of the Goddess 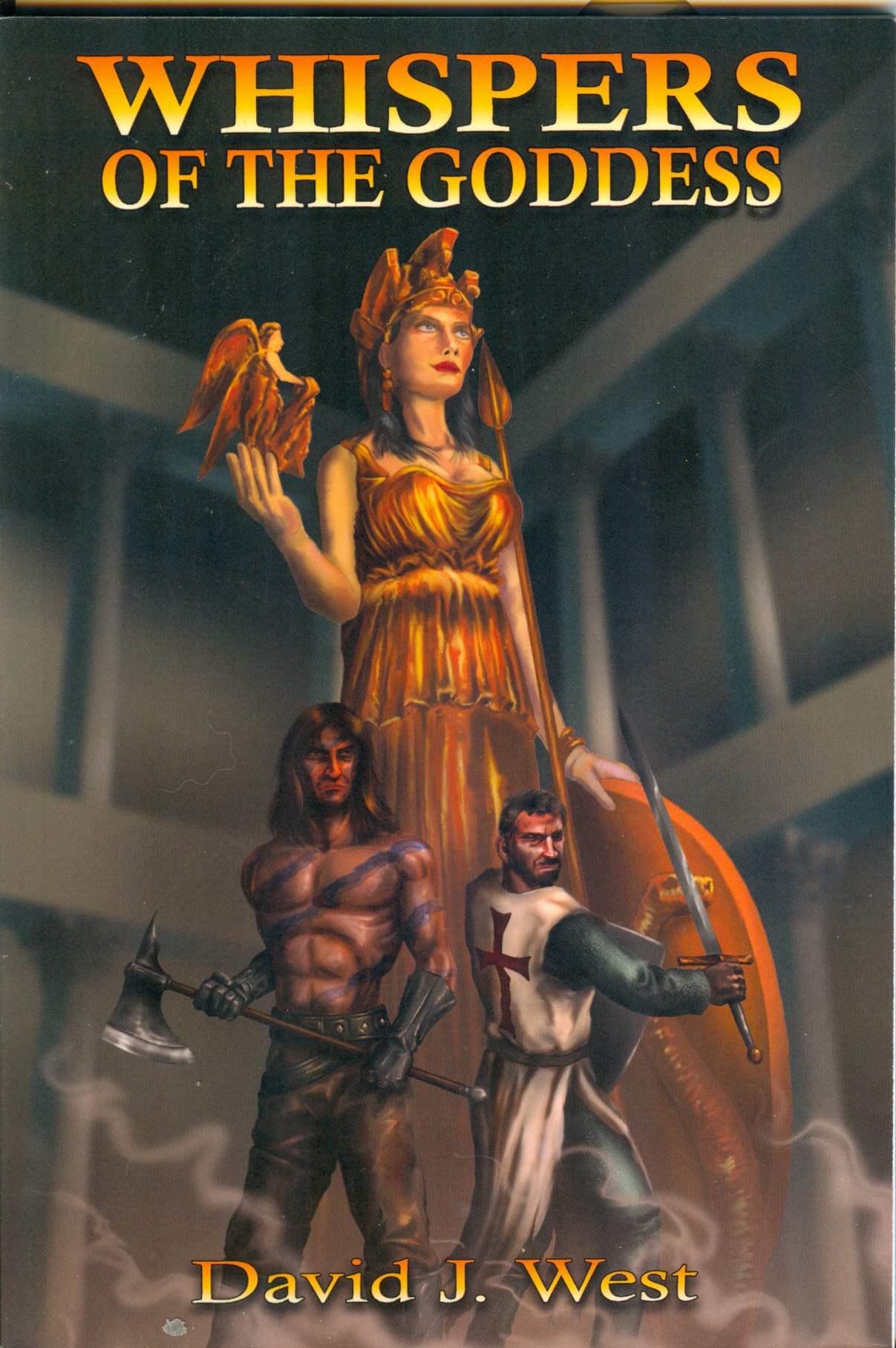 David J. West has been writing heroic fantasy, horror, and weird westerns for the past ten years. Sometimes he uses the name James Alderdice for some of his fiction.

Whispers of the Goddess (Lost Realms Press, 2014) is a collection of fantasy stories with an historical setting originally published under the name of James Alderdice. The title story, “Whispers of the Goddess” is set January 1204 A.D. The army of the Fourth Crusade awaits payment for installing Alexious (sic) IV Angelus, former emperor of the Byzantine Empire back on the throne.

Boniface of Montferrat, leader the Crusaders, sends Tyr Thorgrimson the Northman and Wolfram von Eschenbach, a Templar knight as ambassadors to Alexious to receive and deliver a holy relic. Tyr and Wolfram are quickly enveloped in byzantine intrigue. The women in the emperor’s family belong to a witch cult and need a sacrifice.

There is plenty of ax and sword-fu including a holm-gang with a member of the famed Varangian Guard. There are some periods of history I know very well, including Byzantine. I have read John Julius Norwich’s three volume history of the Byzantine Empire. I also have Ostorgorsky, Bartussis, some books on the Byzantine army and about three or four Osprey volumes on the period. I did not see any historical mistakes by West. This is one of my hard opinions on historical fiction, the author had better research the period.

There are two other stories in the collection. “Hel Awaits” is a short rip-roaring story set in Almohad Spain. West loves Louis L’Amour’s The Walking Drum a great deal more than I do. I would say in this case David J. West surpassed L’Amour in this instance.

“Sailing to Valhalla” is set in the north and the race to claim a new island. This story reminded me of Arthur D. Howden-Smith’s “Swain” stories. There were eighteen Swain stories in the pages of the pulp magazine Adventure from the 1920s to the 1940s.

This is the new publishing. Legacy publishing will not bring you mass market paperback collections of violent fantasy. Technology has allowed an underground of new writers to produce fiction we want to read. Check out Tyr Thorgrimson.