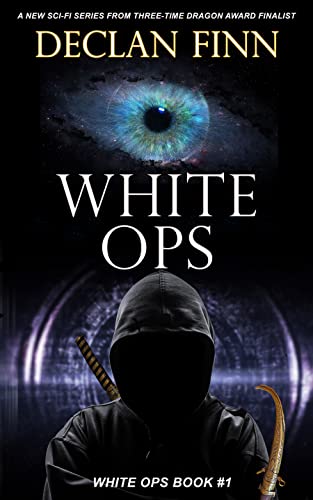 Independent science fiction has a distinct tradition of raiding established series’ toyboxes, stealing the toys, and re-envisioning the stories into new works and new stories. These tales are more than just mere reskinnings of the original works, with new names for old faces. Instead, they keep resonances with the original works while rearranging the elements of style, story, and setting into something new. Star Wars had its #StarWarsNotStarWars moment with Galaxy’s Edge. #AGundamForUs created Combat Frame Xseed. Others have taken on Jurassic Park.

Now it is Babylon 5‘s turn.

Take the second and third seasons, where wars wracked the galaxy, Earth fell into tyranny, and a malevolent, manipulative force pulled the strings from the Shadows.  Shake it up, and drop a whimsical encyclopedia of death and faith into the story’s equivalent of the Rangers. Garnish with a fashion sense that can only be called wibbly-wobbly timey-wimey. Serve in a pewter mug, slammed against the head of the nearest foe.

The Pharmakoi spread suddenly across the galaxy a locust swarm, opposed by a sudden and unexpected alliance of Renar and humans. But Sean Patrick Ryan, the universe’s most dangerous man, perceives a hidden hand behind the Pharmakoi ‘s sudden rise and extinction. So, with the full backing of the Renar’s Death Dancers, a human war hero stationed on a Dyson sphere, and centuries of his family’s fortunes, Ryan builds a team to search out this hidden enemy and drag them into the light. With nukes, if they won’t come kicking and screaming.

And that’s just the first third of the novel.

Finn likes to describe White Ops as Baen does Babylon 5. And the John Ringo influence is visible, from the first book being the logistics and worldbuilding book, to an enemy which combines the worst of the Shadows and the Posleen, to the lighter, campfire conversational voice to the narration. And don’t forget the world-wrecking mayhem.

But Finn does it tighter that Ringo, not only with less distractions, but squeezing entire vignettes of worldbuilding into sentences. The opening description of a ramshackle space colony, serving as the backdrop to a kayfabe barfight between Ryan and a partner, sold me on White Ops. For once in an indie secret agent space opera, the setting felt broken-in, disheveled, and grimy. The setting was brought into the foreground. And then Finn throws an ill-tempered space raptor headfirst through it.

Mayhem fans will rejoice. Sean Ryan is a mix of Bond and Doctor, bringing much needed whimsy to a genre bogged down by set pieces that drag on forever. The action is quick, violent, and over the top. Ryan, after all, is not the poster child for proportional response. But his willingness to use the heaviest hammer he can find makes certain that it is only few seconds between “did you hear that?” and “Thank God, it’s over.” But the mayhem is never gratuitous, and Ryan’s moral core, formed through a monastic upbringing, restrains the worst excesses of the battlefield. Ryan is a space paladin, just not a lawful stupid one.

Now about that whimsy. White Ops’s narration is a breath of fresh air in a genre that cleaves to the regimentation of elite forces. This is not to say that soldiers, heart breakers, and life takers do not have a sense of (gallows) humor. Or that Finn is writing a space version of Discworld. But there is a difference to telling the story of a firefight as it happens, with the full demands of military bearing, and the smirk a veteran may have when he’s telling the “good bits” version of the same harrowing events, often years later and from the safety of the nearest bar or family table. White Ops dances a jig along a thin line between relief and gravity even as it delves into some truly dark places.

As for the Babylon 5 resonances, White Ops sets up a world similar to the geopolitical setting of the second and third seasons, complete with homages to the Mimbari, Shadows, Earthdome, and Narn. Then it shifts perspective from the captain of the Space Station UN, to a version of the Rangers that is more Monster Hunter International than Tolkien fanfiction in space. And yet these are homages, with originality infused into each element. These are not the Mimbari, etc. with the serial numbers filed off to avoid litigation, but a reconstruction of elements to present a similar effect as the original.

All in all, White Ops is a welcome and desperately needed mix of whimsy and mayhem running rampant in familiar worlds.