SUPERVERSIVE: “The Princess and Curdie” by George MacDonald

While Anthony and I are dealing with the end of our semesters, Ben Zwycky, a fellow superversive author, will be holding down the fort. I’ll be back in a few weeks with something relevant, because I don’t think this is the right blog for a discussion about the filioque controversy. Without further ado, Part 3 of a 3-part series on George MacDonald (Part one is here; part two is here.) by Ben Zwycky: 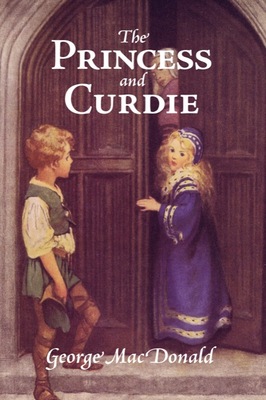 The Princess and the Goblin and its sequel The Princess and Curdie are quite different from the previous two books I’ve reviewed, in that they have strong characters and relatively well-crafted, engaging plots. They still have their weaknesses, and writers like Lewis, Chesterton and Tolkein far surpassed MacDonald in these aspects of writing, but these two books are a marked improvement. In some ways, they pair up like “The Golden Key” and Phantastes, in that the first book has children as the protagonists and a more child-friendly plot, and the second has adults (or near-adults) as the protagonists and many more mature themes and greater drama. The difference, of course is that in this case rather than merely exhibiting various parallels, the second is a genuine sequel to the first, and the protagonists are the same, only having grown up.

The worldbuilding in these two latter books is far more solid and consistent than in the former two. In “The Golden Key” and Phantastes, there is a normal human world in contact with a separate and a weird fairy world.

In The Princess and the Goblin, the goblins (also referred to as gnomes, kobolds or cobs) are former humanlike creatures who after harsh treatment by the human king in ages past retreated underground and have lived there ever since, over the generations becoming increasingly grotesque as well as cunning and bitter towards the humans and the king’s descendants in particular. The titular Princess Irene is the eight-year-old daughter of the current king, who due to her mother’s ill health had her moved from the palace to a large half-castle, half-farmhouse halfway up a mountain. He is frequently away from her on kingly business across his very large kingdom and a careful watch is kept on her to prevent the goblins from reaching her, so much so that in all her life she has never seen the night sky.

One day she manages to sneak away from her nurse into a distant corner of the half-castle, climbs its tower and discovers a mysterious magical grandmother figure, who reveals she is the princess’s great-great grandmother, and also named Irene, since the Princess was named after her. She is hundreds of years old and lives on pigeon’s eggs. No-one else in the house knows she is there (and as it turns out later, no-one else can see or hear her apart from the king).

A day or two later, the Princess and her nurse are out on a walk, but through the princess’ pleadings to go just a little further, they find themselves in the open after sundown, eventually hounded on many sides by goblins. They are rescued by the twelve-year-old son of a miner, Curdie, who shoos the goblins away with a rhyming song. (Being unable to sing themselves, they are repelled by the sound of singing, especially songs involving novel rhyming).

The goblins are somewhat comic villains, but they do present a genuine threat and are quite thoroughly fleshed out. They have relatively clearly laid out anatomical differences from humans that gives them different weak spots from human bodies, some of their perspectives flow directly from their anatomy, environment and day/night cycle, there is even a scandalous rumour among them about the anatomical results of interbreeding between goblins and humans, this aspect of the story feels almost science fictional.

Curdie and his father are often working down in the mines, occasionally working past sundown on the surface, at which time the goblins can be heard working on their own diggings, being nocturnal creatures One night, Curdie is down in the mines by himself and finds that the shaft he has been digging is right next to one of the goblins’ workings, so much so that he is able to overhear the conversation of a goblin family, in which they mention their anatomical weakness, as well as part of the diabolical plans they have for the humans. Curdie opens a small hole from his workings to theirs, and follows the family to a meeting with the Goblin king, where it is clear that the backup plan they have should their first plan fail, is to flood the mine that he and his father have been working. He tells his parents about the goblin plan and they start thinking about ways to foil it.

Several days later, Curdie goes out on various explorations of the goblin tunnels, trying to find out what their more immediate plan is, and on one of these missions he is captured by the goblin queen. Then comes one of the parts of the book for which it is famous, where the princess Irene comes and rescues Curdie instead of the other way around. This she does by following a magical thread given to her by her great great grandmother that only she can detect, which not only leads her directly to Curdie’s location but also shows her the way out. After leading Curdie to safety, she tries to introduce him to her grandmother, but he can’t see her or any of the beautiful furnishings of her room, and gets angry with the princess for making a fool out of him. I’m pretty sure this scenes inspired Lucy’s interactions with Aslan (and her siblings disbelieving her) in Prince Caspian.

There’s a lot more to the story, which ends with the Goblins’ plans being foiled and Curdie choosing the honest life of a miner over being made a member of the royal court, with both himself and the princess still being children. It’s an enjoyable and satisfying read, and fun for children.

The Princess and Curdie picks up a few years later, when both Curdie and Princess Irene are well into their teenage years. The princess left with the king and over the years Curdie has given in to cynicism. His hardened shell is broken through when he is teaching himself to use a bow and arrow and shoots down a pigeon, which as its life fades gives him a look that reminds him of the princess.

Distraught, he considers that perhaps this is one of the great-great grandmother’s pigeons and he seeks her out and finds her. She treats the pigeon, begins to teach him and gives him a test of obedience and wisdom. He passes the test and she invites him back to her tower, where she purifies Curdie’s hands in her magical fire and sends him on a mission to the king’s court. Curdie’s hands now have the power to tell whether someone is on a downward spiral towards becoming a beast, or are honest and good (this turns out to make some aspects of the story a little too easy and less satisfying).

He sets out on his journey, and reaches the capital, finding it full of arrogance and corruption, with many of the palace staff conspiring against the king, keeping him sick and confused through some sort of drugged (or perhaps poisoned) wine and trying to get him to sign a document that would abdicate all power to them. Curdie discovers the plot and together with the princess and the few loyal palace staff tries to rescue the king and salvage his kingdom, assisted by all manner of weird and wonderful creatures.

There are a great deal more little inspirational asides and poetical flourishes in the second book than the first, though not nearly as many as in Phantastes. There are a lot of fun things in this book, together with some aspects that don’t work quite as well, and an ending that is surprisingly downbeat. After saving the kingdom and eventually becoming king and queen as you would expect, they have no children of their own and leave no legacy behind. After they pass away, selfish and shortsighted kings take over and the kingdom eventually utterly destroys itself, disappearing from all human memory. It is an odd choice, perhaps MacDonald wanted to make sure that there would be no demand for more sequels, or perhaps he wanted to parallel the story of the last good king of Judah before the exile, who knows.

Anyway, I think the pair of them are worth a read, I might try reading them to my kids in the near future, and I have grown to appreciate some of Lewis’ admiration for the man and his work. When the rush of writing commitments has calmed, I’ll probably seek out some more of his work to try out.

I hope this little series of reviews has been as eye-opening to you all as it has been for me to explore this little corner of literature, which has proven to be a lot bigger on the inside than it appeared from the outside.

Ben Zwycky is one of the founding members of SuperversiveSF.com, on the editing team of Sci Phi Journal and the author of two poetry collections and two novels, the latest of which (Beyond the Mist) is highly recommended by both Jeffro and John C. Wright

If you like what you see, come visit us at Superversivesf.com!