A Snake’s Life and So I’m a Spider, So What? 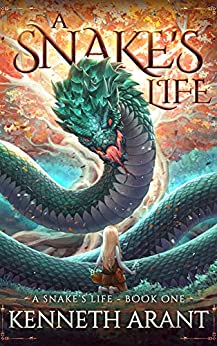 The litRPG and isekai portal fantasies have long looked to various gimmicks to differentiate themselves from the crowded field of video game heroes in other worlds. The common assumption is that characters from our world will become heroes in the next. But what if they became monsters instead? Rogue Dungeon, reviewed last week, turned its hero into a troll. But books like A Snake’s Life, by Kenneth Arant, and So I’m a Spider, So What?, by Okina Baba, push the frontiers of heroism in a more beastly direction.

Both Snake’s Life and Spider share similar origins as online web novels before publishers picked up these books. And they share more than that. The basic premise is the same. Reincarnated into a monster, the hero(ine) must survive, thrive, and evolve in a litRPG world where skills are more important than stats and where today’s predator can become tomorrow’s prey. Along the way, the hero(ine) catches the notice of a god, who’s blessing turns out to be as much of a curse, and whose guidance will send the protagonist towards a collision course with another character’s future heroic fantasy. Until that point, the hero(ine) must survive, get stronger, and evolve into more powerful forms. The similarities between these two progression fantasies are such that one wonders if A Snake’s Life was patterned off the older Spider, but with a character and Nordic setting more familiar to Western audiences.

A Snake’s Life begins immediately on the death of Albert, who is now looking forward to a long eternity with his wife. Unfortunately, she’s slated to be reincarnated in 300 years as the Chosen One for a new world, and Albert is not. His only chance to see his wife again is to be born as a snake. If he survives and grows powerful enough, he might live long enough to meet her again. So, like many recent litRPG heroes, he bets everything to see his wife one more time. It’s an interesting premise, and one far more mature than the light novels that spawned litRPGs. Unfortunately, this widower’s nightmare loses track of that motivation in the sudden shift to litRPG character progression. For the next 3/4ths of the novel, Albert is more concerned with helping a family of druids he encountered than about his wife. In hindsight, that is a blessing, as when he does remember, he eats a hero just to speed up his wife’s return–an act that will hold more consequence to Albert than just a full stomach. 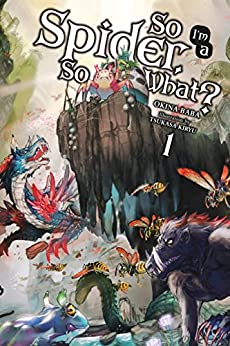 Nicknamed “Kumoko” (little spider/spider girl) by the fans, the anonymous heroine of So I’m a Spider, So What? starts in direr straights. After an inter-dimensional magic blast annihilates her homeroom class, Kumoko wakes up in the middle of the world’s largest dungeon, surrounded by thousands of her new spider brothers and sisters all eager for a bite. She flees the cannibalistic buffet, setting out on a course to escape the dungeon and become human once more. But setbacks keep dropping Kumoko into deep and more dangerous levels of the dungeon. Her story is occasionally interrupted by flashes forward where the rest of her classmates have grown up in their new world as heroes and prodigies, weaned on strange tales of a white spider who terrorized the dungeons and a pale girl who works for the demon king they must defeat.

By comparison, A Snake’s Life becomes a power fantasy in the mold of today’s litRPGs. Albert is only occasionally in danger and quickly grows large enough to outmatch most of his intended prey. Most action scenes get resolved when someone gets eaten, and there is little doubt that Albert will slither away victorious and with a full stomach. Fortunately, the dressings of contemporary litRPGs apply to the progression system that takes Albert from a snake to the various steps on his path to becoming a world serpent. Stats and skills are sparse, logical, and written to minimize the interruption to the story.

Kumoko’s character sheet and progressions sprawl across the page, and the former gamer girl lovingly dives into paragraphs of exposition discussing the crunch of mechanics. Then again, Kumoko needs to, just to find every advantage she can. Her battles are far less certain. As a spider, she is weaker than just about everything else in the dungeon, so she has to rely on strategy and positioning instead of strength. And even the best laid plans of spiders can leave her scurrying away from a predator with a limp and a cracked carapace to show for her efforts. Tension and desperation fill each encounter as Kumoko can and does lose.

When prose is considered, A Snake’s Life and Spider excel in different ways. Both novels are written in first person. Albert of A Snake’s Life uses the standard transparent fantasy prose expected of today, which mostly stays out of the way of telling his story. It’s a more mature diction than Kumoko’s. However, no character in either book has as distinct a voice as Kumoko. Okina Baba pens a teenaged gamer girl indulging in flights of fancy and appeals for praise between monster encounters, complete with squeals and daydreams. Sure, Kumoko might have slept through her composition classes, but the delivery is endearing (or annoying, depending on one’s tolerance for teenager silliness). Unfortunately, Kumoko is such a bright voice, it’s easy to skim past the merely average adventures of her classmates to get to the spider girl’s next mishap.

Of the two books, A Snake’s Life is mechanically better, with more adult prose, a clearer vision of its hero’s goals, and a less cluttered approach to story-telling. But it lacks the spark and the spirit of the comparatively unpolished So I’m a Spider, So What?.