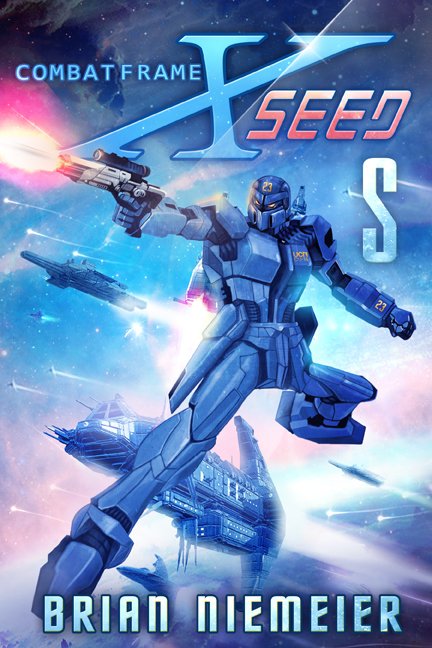 Nearly 60 years after Arthur Wake’s rebellion encountered the vanguard of the Ynzu’s extermination fleet, humanity finds itself in the third decade of an alien siege. Mass-produced combat frames and far-flung extra-solar colonies have kept the wave of crystalline Yuzu reapers from sweeping humanity into the dustbin of history. But desperate times call for desperate measures, and none are more desperate than Project S.

When the Ynzu attack the colony world of Cassone, Dex Trapper and Thatcher Drummond commandeer a relic XSeed prototype to find help for the besieged colony. This fateful decision sparks a chain of events that thrust the duo into the heart of the machinations around Project S–as unwitting test subjects. Not only must they and their new-created XSeed squadron, the Guardian Angels, help free Cassone, they must track down their rogue Project S predecessors who are now working as infiltrators for the Ynzu.

Brian Niemeier’s Combat Frame XSeed: S kicks off the second XSeed trilogy with yet another shift in tone and context. Instead of playing a familiar theme and variation on rebellion, intrigue, and mecha combat that drive the secret history of the XSeed world, Brian Niemeier switches to more conventional set-piece battles and the frantic search for the hidden hands of history that might guide humanity to survival or extinction. With the change in stakes and scope comes a more relaxed pacing. Don’t get me wrong, XSeed: S provides plenty of harrowing mecha action. This time around, though, Dex and the reader are given time to think and breathe before the next twist and revelation.

XSeed: S is still a martial thriller, so those looking for the regimentation of milSF won’t find it here. After all, insubordination might be anathema to the military-minded, but it’s a right of passage for a mecha pilot. However, XSeed: S comes closest to the conventions of that genre, as the Guardian Angels get hemmed up repeatedly for acting on the independence expected of the mecha pilot. And the consequences are not the token pushback of desk jockeys either. The Rule of Cool still reigns, so the result is more Macross than United States Marines. 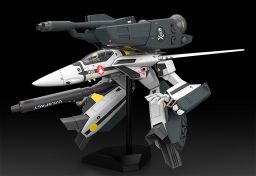 While previous XSeed novels drew heavily from a Gundam lineage, XSeed: S wears its Macross heritage proudly. Many resonances to that second venerable mecha series exist, from rival aces, to wunderkind pilots discovered when stranded in space, to alien infiltrators and more. We even get a cameo of the classic Macross GERWALK mode, a transformable hybrid between airplane and humanoid mechs. Thankfully, the stage is not set for a Minmei-style idol singer. But these tips of the hat do not choke out what distinguishes the XSeed series from the rest of the mecha pack. So readers do not have to be mecha fans or anime fans to appreciate XSeed: S. The book stands on its own, with its own rich history and familiar families at the heart of events. And some of the survivors of CY40 are still on the board…

Make sure to read the teaser for the upcoming XSeed: SS at the end. It sheds light on hidden hands behind the events of XSeed: S.