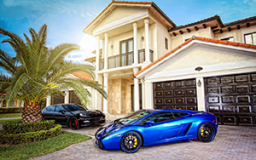 So you wanna be a Pulp Superstar / And live large / A big house, five cars / You’re in charge

Mass Effect: Andromeda is a failure. A massive failure. A failure so large, the company shuttered the “Mass Effect” series entirely and even shut down the studio that made it. You see…

It only sold three million copies.

Three. Million. Copies. Of a game that costs $60 apiece, and requires a $400+ piece of equipment just to play it.

When’s the last time a book sold three million copies… and was considered a failure?

People bought Pulp stories. They bought them a lot. What changed?

Self-centered and self-satisfied jagoffs abandoned what made the genre popular, and started pushing what they thought the audience should read, not what the audience wanted to read. People hated it, and instead stopped reading.

These Epic Level jerkfaces ruined the market for the rest of us, and now it’s time to set things right. With that goal in mind, I present…

If you want to sell, and to help drive the expansion of the reading audience, you MUST start with one central tenet:

THROW AWAY YOUR PRIDE.

Fun. Enjoyment. Pleasure. Fiction—entertainment—is ONLY about giving the audience pleasure.

They must ENJOY it. Or it’s useless to them.

Even the most exacting and intellectualized description of the physical laws of the universe and how your imagined device circumvents or exploits them is only of value to the reader as it gives him that jolt of pleasure he receives when he encounters a clever or novel idea.

People not buying your books? You’re either not giving them what they want, or you’re not good enough at doing it yet. Both these things can be fixed. You CAN succeed.

(Technically speaking, you may also be failing to market your books. That can be fixed, too.)

People read stories to FEEL, so your stories must make the audience feel. Nothing. Else. Matters.

Words are a delivery system for fragments of thought that push emotional buttons in the reader. The better the reader understands your words, the more effectively you can push their buttons.

Make it vivid. Make it immediate. Make it moving.

Find those emotional buttons and punch them hard. Include a variety of experiences: moments of triumph, moments of terror, moments of tenderness, of poignancy, of awe, of self-reflection, of humor, of defeat, of betrayal, of self-sacrifice. Write material that is entertaining, engrossing, and pleasurable to read.

Grab the audience at the beginning. Never let them go. Never give them an excuse to let their mind wander, to get bored, or to wonder what’s on TV right now. You have to be better than movies, better than video games, better than watching paint dry or you. Will. Fail.

Never miss a chance to make it awesome. Rain down amazing things on your readers—but not things you have to explain with paragraphs of MEGO. (That’s “my eyes glaze over” for you heathens in the crowd.)

Don’t drop too much description or explanation on the audience—they slow the story down. You don’t need constant violence in a people pleasing novel, but you always need MOMENTUM. Always keep the story moving.

Get good advice and listen to it. In decades past, great editors used to foster writers, to bring them along and train them to harness their talent. Opportunities for this are vanishingly rare today, so if you can find a friend or a wise mentor who can help teach you—go for it.

Don’t confuse / bore / repulse the audience. This makes them hate your stuff. It isn’t fun. They will not buy it.

Don’t go too dark. Too much tragedy, brutality, or horror is wearying and depressing. Not fun. Life may—at times—be a dark and brutal slog, but entertainment never should be. Not if you want the reader to return.

Audiences want escapism… they want to be taken out of the world, they want to thrill with tales of heroics, of brave heroes and scumbag villains where good has to fight hard, but wins in the end (preferably in a way they didn’t see coming). Too much real world darkness spoils the immersion: it reminds the reader of what they’re escaping from.

Popular fiction must be pleasurable to read, it must evoke emotion without jarring the reader, it must be familiar. Audiences generally desire works which are reminiscent of what came before: different enough to be novel, familiar enough to be comfortable. They desire the experience of “What if I were reading my favorite book again for the very first time?” GIVE THEM THAT EXPERIENCE. Don’t go too weird.

Popular fiction is the pop music or comfort food of literature: it gives the reader pleasure. It’s fun. Note I said comfort food, not junk food. Good pop literature doesn’t have to be brainless, a waste of time, or morally abhorrent.

Some may wonder why I haven’t talked about the moral dimension. That’s because I take it as read: if you’re a moral person, you’ll produce moral stories and vice versa. The state of your soul isn’t my concern. Seeing you (and the Pulp Revolution as a whole) succeed is.

Folks, I want you to succeed. I want you to make a living at this, I want you to grow your audience and the reading audience as a whole. I want to see millions of Pulp fans wandering the land on an epic quest to find the next awesome Pulp novel, eagerly buying books from all the Pulp Rev writers, reading and enjoying and LOVING everything we write.

I want the Pulp Revolutionaries to write well, to write awesomely, to write with such passion and conviction that Amazon crashes because so many people are trying to buy your stuff and the servers just can’t handle it anymore. I want you to BREAK THE DAMN INTERNET. I want you to become a Pulp Superstar. I want you to SUCCEED.

You have. To choose. To succeed.

You have to throw away your preconceived ideas, your intellectual baggage, your philosophical notions about writing, AND YOUR PRIDE. Humble yourself and give the audience what they want. Only this matters.

Make it fun or go home. That’s how you become a Pulp Superstar.

Note: This piece has been amended since its publication to restore text cut from the original post.