Mongoose and Meerkat: The Flying Mongoose 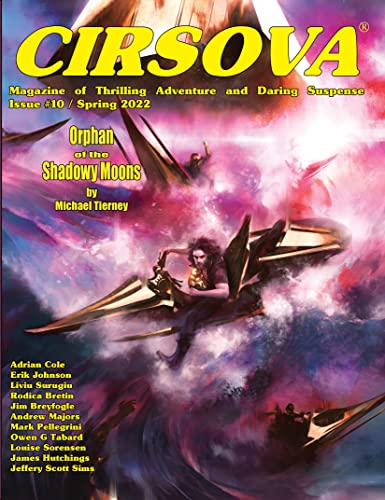 “Let us in,” said Mangos. “We’re here to kill your dragons.”

“And I wish you the best of luck. Best you carry a cask of dipping sauce. You’ll taste better that way.”

It has been 24 months since the fall of Alness. For the first time in the adventures of the Mongoose and Meerkat, this refrain is punctuated by something new…a quick addendum that “Mangos does not indulge in history.” But the Mongoose does indulge in fanciful dreams of rewards, which brings Kat and him to the gates of Pytheas, besieged by not one but two dragons. Fortunately, the enigmatic Meerkat has the beginnings of a plan.

An uncertain plan, but a plan nonetheless.

“Adventure or death, adventure and death. What’s the difference?”

But the smiths of Pytheas are weary of the constant stream of adventurers that do little but strain their supplies before vanishing down the dragons’ gullets. And Kat’s request for a polybolos–a repeating siege ballista–sets the smiths on edge. For some of the adventurers have chosen fraud over adventure. Then her next request, to mount the siege ballista to the prototype airship kept secret by Pytheas, convinces them that the Mongoose and Meerkat are crazy.

And, in the heights above the city, surrounded by dragons and fire, Mangos wonders if the smiths of Pytheas are right…

Jim Breyfogle’s Tales of the Mongoose and Meerkat continues in “The Flying Mongoose”, marrying exotic locations with unique situations that require more than a flashing sword to master. And,  like many of the recent adventures, the inventive use of technology plays a role in the resolution. Breyfogle excels at making these new toys as tools and perils for Mangos and Kat, and not overwhelming the story with gadgetry. Some sword and sorcery writers like a medieval or early modern setting, but the methods used by their heroes have not changed since before the oceans swallowed Atlantis. Breyfogle recognizes the opportunities created by such a setting, and lets his heroes and antagonists exercise their cunning with the tools, technologies, and opportunities presented by the exotic settings.

Mangos’s education continues. His hands may be made for swordcraft, but his survival so far has depended on a hard-earned cunning applied to situations where fighting requires more than just a sword. Underwater, in caves, in battles of wits, in public sport. All situations where a sword would just get in the way. This time, Mangos learns to be a test pilot for the strangest contraption he has seen, one as uncertain and untested as the polybolos it carries. And in the course of training, he finds his true weapon.

And no, it is not the Marin sword he craves. Or any sword. But, as the engineers say, if it’s stupid and it works, it isn’t stupid. And Mangos’s final act of daring against the dragons is reckless, audacious, and desperate. And it earns him a rare feat in sword and sorcery. Dragon slayers there are a plenty, but few indeed have dispatched a dragon like Mangos.

In another rare instance, Kat reveals a bit of her background as an Alnessi. Normally, she keeps her secrets, but the ancient ties between Alness and Pytheas compel her to act. And they compel the smiths of Pytheas to assist the Mongoose and Meerkat. Mangos might not indulge in history, but history is another on the encyclopedic knowledge at the fingertips of cursed Kat.

Callbacks to previous adventures help flesh out the world. In this case, it is one of the doomed adventurers, who claimed to have killed a mine worm. Or, rather, claimed credit to Kat’s quick thinking and chemical wizardry from several adventures back.  Kat’s comment of “We’re smarter than they are” rings true, but has additional mirth for those familiar with the series. And Mangos’s fascination with Marin swords haunts him again, here in the city where Marin learned his craft.

But the question of what Mangos’s reward might be is left for future stories. The readers’ reward is that more Mongoose and Meerkat stories await in future issues of Cirsova.