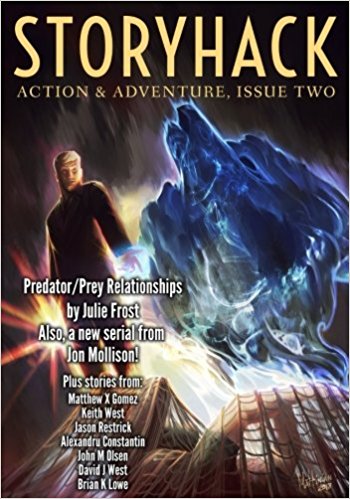 Brace yourself for the next exciting issue of StoryHack Action & Adventure.

Taking cues from the greatest pulp magazines of a bygone era, StoryHack publishes all-new stories of bravery and derring-do in a wide variety of genres. There is something in here for everyone, and each story includes art.

Here’s what you will find in this issue: