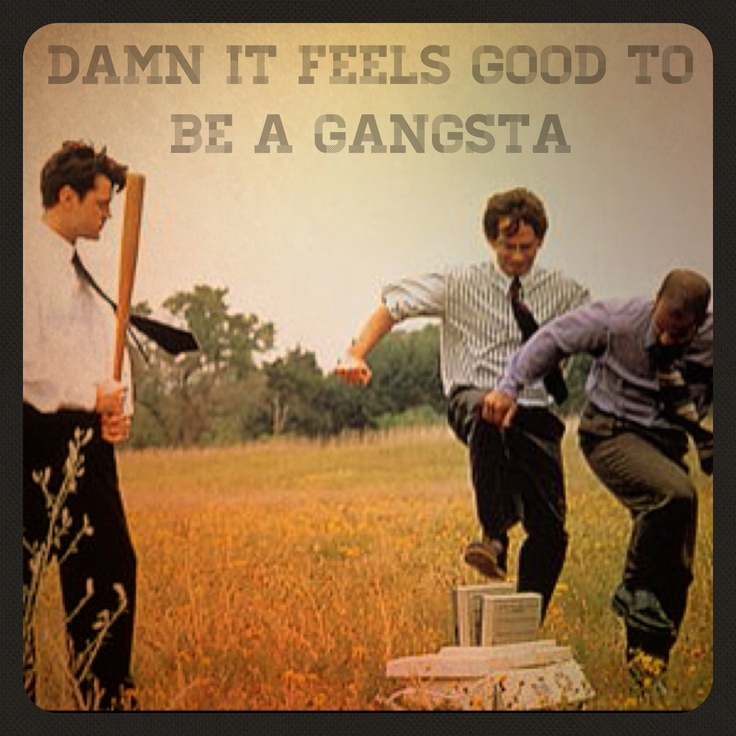 To be fair, cult classics are not always totally terrible. In fact, many of them are quite good. That said, all of them appeal to a narrow slice of the audience and it’s usually pretty easy to see why.

Office Space is a cult classic. Quite funny, and eminently quotable… in fact, let’s do a little bit of that.

Office Space is about a bunch of schlubs working dead end software engineering jobs at a minor, but still soulless corporation. Peter, our hero, is struggling with depression and a feeling that his life is one long series of meaningless days. His girlfriend suggests he go see a hypnotherapist…

Peter Gibbons: So I was sitting in my cubicle today, and I realized, ever since I started working, every single day of my life has been worse than the day before it. So that means that every single day that you see me, that’s on the worst day of my life.
Dr. Swanson: What about today? Is today the worst day of your life?
Peter Gibbons: Yeah.
Dr. Swanson: Wow, that’s messed up.

Swanson here hypnotizes Gibbons, telling him all his cares will melt away and he’ll be totally relaxed. Then the fat jerk croaks before taking Peter out of the trance, so he just walks away, happy as a clam, without a care in the world. In short order he’s started blowing off work, broken up with his controlling wench of a girlfriend, started dating the hot chick waitress from their local chain restaurant, started telling off his evil, passive-aggressive, soulless boss, and gotten a promotion out of it all (while his friends, the good, productive workers get canned).

Then there’s the printer. Have you ever hated a piece of malfunctioning office equipment so much you just beat the crap out of it with baseball bats and eventually your bare hands? These boys did. (Language warning.)

And then there’s Lumbergh. You just have to watch the movie for Lumbergh. He’s the font of a million memes, and possibly the best part of the whole shebang.

Look, the movie isn’t perfect. It’s uneven, rough in a few spots, and the humor is a bit… niche. Not that regular people couldn’t understand it—it’s not that obscure—just that it’s off-kilter in a way that pushes it across the “won’t appeal to everybody” line.

Made by Mike Judge, creator of Beavis and Butthead, King of the Hill, and Idiocracy, the movie definitely has his stamp all over it. It’s biting, satirical, but not callous or cynical. It’s just meant to entertain, not hector or lecture.

It’s a Cult Classic and the humor is a bit niche. Still and all, it’s a fun ride and worth checking out at least once.

So if you could just, hmmm, yeah, go ahead and give Office Space a chance and watch it once or twice, that would be terrific, okay?