ON THE TABLE: “Base Assault” With Jim Krohn’s Talon 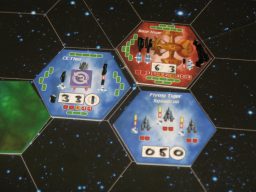 This is another of those standard space wargame scenarios that I always dreamed of playing back when I was a high school aged kid with a brand new copy of Star Fleet Battles. To tell you the truth, the vast majority of games would have been either starship duels or else over the top “battle royale” free-for-alls with games like Car Wars or BattleTech. So playing some of these slightly more elaborate scenarios in Talon is kind of a new thing.

This one has a several out of the ordinary things at once. Terrans have a carrier and four fighter squadrons. (If they lose all of their fighters or lose the carrier, they automatically lose.) The Talon get a base that’s loaded with disruptors and missiles. (It’s no starbase, but it can both deal out some hurt and take a lot of punishment.) Finally, there’s a black hole on the map dragging the base and everyone else inside it. At least when you remember to implement the terrain effects at the end of each turn.

Now, the last time I took a carrier into battle I made some critical mistakes with the positioning of my fighter craft that cost me the game. This time I tried to fly my fighters on either side of my two light cruisers, preventing them from getting smashed in an overrun and putting them into position where they could (hopefully) flank the Talon, which are notorious for having “soft” shields outside of their front arcs.

How’d it work? Well, my son left the cover that the base would have provided his forces. He also wasted shots on my light cruisers when he needed to be targeting my fighters or the carrier instead. But that first big mashup…? My phasers were all tied up shooting down missles and it was very difficult to get into position to execute the kind of shots I wanted. Things move so quickly, you can go from wondering if you should take a range two shot… to wishing you had in a moment!

This scenario took way longer to play than the other fleet battles. For one thing, figuring out what I wanted to do with my fighters was almost always a puzzle. They’re moving almost every phase, they get in each other’s way, they have narrow arcs, the enemy can be counted on to not cooperate… taken all together that takes way longer to play out than dealing with a couple warships instead!

Another thing is that this scenario is really wonky. You have to land a fighter squadron on the base, then launch it back out on the next turn… and then land it on the carrier and hit the FTL drive. This basically means you have to put two more or less undamaged fighter groups go enter the base in succession. And all of this is happening while the black hole continues to pull everything in.

Honestly, I’d rather just blow things up than sit there and try to figure out whether something like this can actually work. And we’re in luck: the next scenario is a knock down drag out fight with lots of ships and no funny stuff. 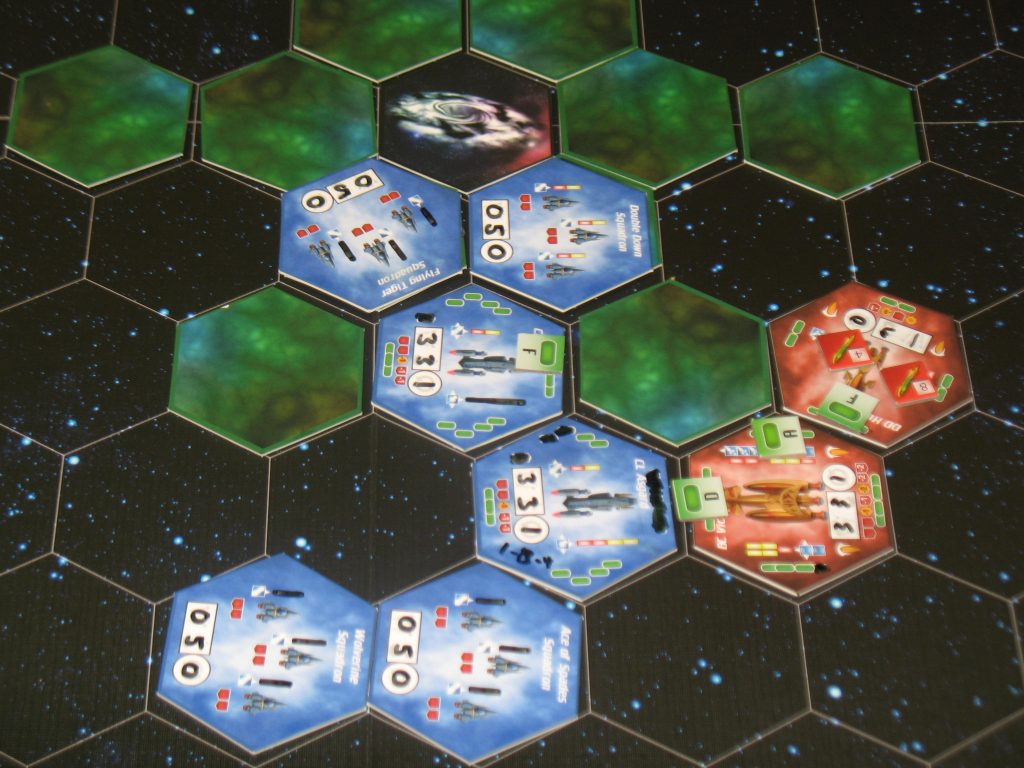