There wasn’t anything all that special in Astounding Oct. 1949’s letters section, and since the letters haven’t caught up to where I’ve actually read yet, it’s hard to glean much from them. Typical mixed bag of “It’s great” and “It’s terrible”, though I’ve noticed that Lensman seems to be a really love-it-or-hate-it series, even in its own time. Also, for whatever reason there’s another story hidden behind the letters section which I almost missed. ::Shrug::

Warren Carroll says “With every issue, the 1949 Astounding grows better and better.” Of course, he hasn’t factored in any of the issues I’ve read so far, and I can’t weigh in, as I haven’t read the issues or stories he lauds.

R.J. Raven-Hart has low marks for the November 1948 issue (“Quite the poorest issue I have seen as regards to fiction; [but] far away the best as regards to articles”) and January (“Poor stories compared to your usual standard”) 1949 issue, with mixed for February 1949.

I am a wireless engineer myself, of the old days—I can claim to have seen a coherer, not actually in use, but in reserve to be switched in should the electrolytic detector fail—and was in radar during the war, and I had never realized the progress I had seen. Ley was, as ever, first-class; so was the Locke article. By the way, I note with alarm that recent letters from readers have suggested the discontinuance of articles—I hope this is not your policy. They should continue, if only to give the high-brow an excuse when found to be a reader of Astounding. Oh, and congratulations to van Vogt for doing something I thought quite impossible—writing something duller than the “Lensman” stories.

Insert “I read it for the articles” meme here.

I’ll get to the final story in this issue next week. 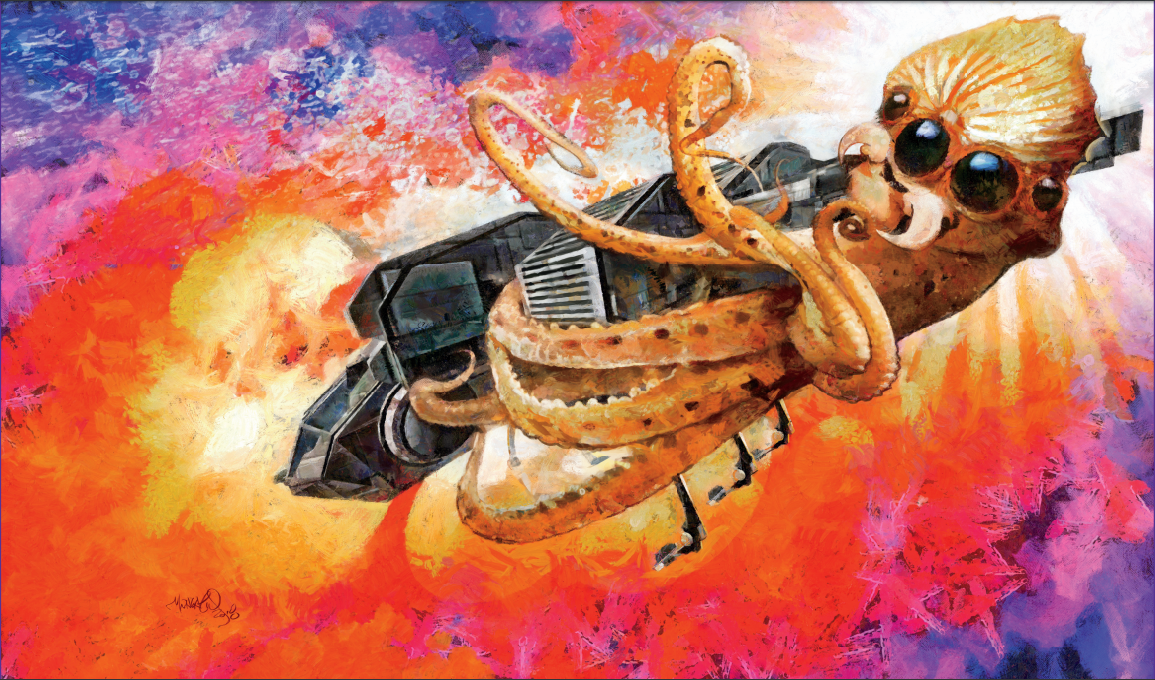