Rey Sue, THE COOLEST, MOST AWESOMEST, MOST SPECIALIST PERSON EVER! 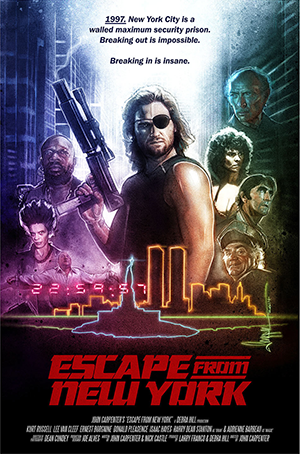 Because using a picture from The Force Awakens would make me feel dirty.

It is time, oh my friends, for another one of those mild-mannered and completely restrained opinion pieces for which I am justifiably and widely renowned. But unlike my earlier, more low key efforts, today’s subject may provoke me to forgo my easy-going manner and get a little exercised, or perhaps even emphatic. Let us begin:

The heart of the problem, the source of the crappitude, is Rey. She’s the main character, the center of the movie, so any significant problems with her can ruin the entire thing. And they did.

When first she meets another primary character, Rey saves both their lives, even in the face of his bumbling machismo which threatens to get them both killed. Then she flies a starship for the very first time (completely untrained) and—though a rank amateur—she pulls off several maneuvers Han Solo would have had trouble duplicating even on his very best day as a pilot. Then her and Finn spend an entire hour gushing over how awesome she is. Then she goes to repair the ship—no mention how an untutored scavenger from the back of the back of beyond knows how to service a damned starship, much less the Millennium Falcon, a ship which gave even an astromech droid (MADE for starship repair) the fits—and gets to yell at Finn because he’s so damn incompetent. And she speaks droid, AND she speaks Wookie. And she releases monsters to kill bad guys (which she thought was the wrong thing to do, but turns out she was mistaken as the monsters eat up all the bad guys. (This is the only time she’s ever wrong, in the entire movie.)) With the tough, criminal bad guys dead or running, Rey saves Finn, Han, and Chewie from certain death at the hands of the monsters she released. And she deftly repairs the Millennium Falcon—AGAIN. Finn wants to flee like a coward, Rey wants to stand like a hero. She’s suddenly able to read people’s mind with The Force, as well as do that funky Jedi Mind Trick, all with absolutely no training. She gets captured once, and taken to the BIGGEST MILITARY BASE IN THE ENTIRE GALAXY, but before the menfolk can rescue her, Rey rescues herself. And then free-climbs an infinitely high wall without a HINT of vertigo or hesitation. And then bypasses the security system of the Planet-sized Interstellar Planet Killing Secret Base Death Machine, prompting Han to say “Girl knows her stuff because she’s awesomesauce and coolicious and brilliantatious like that. Word to your mother, my woolly Wookie homie.” (What did Luke get in a similar situation? “Great, kid. Don’t get cocky.”) And then she defeats the super-evil, super-competent, been-training-in-The-Force-for-over-ten-years evil Sith dude in a lightsaber battle.

According to all available evidence the movie provides, Rey’s a better pilot than Han, a better mechanic than Chewie, a better Jedi than Luke, a better everything than everybody. WHAT A GAL!

And, oh yes, the orange-nerf-football-headed alien they meet in the cantina has found Luke Skywalker’s lightsaber (last seen falling into the vast and unplumbed depths of the cloud giant Bespin), but the lightsaber of the famed and legendary LAST JEDI is psychically calling… FOR REY! And it gives her SPECIAL SNOWFLAKE STRONG WOMAN FATED TO BE BETTER THAN EVERYONE ELSE AND NEVER BE WRONG VISIONS! Just for her.

WOW! Obviously Rey is the bestest thing that has ever been. She’s never wrong, better than everyone at everything, and the most special, unique, coolio-awesomest person in the entire galaxy.

In other words, Rey is the Mary-Sueist Mary Sue to have ever Mary Sued. Ever.

She is the single best example of modern Hollywood’s “Strong Woman Character What Don’t Need No Mans” trope. The kind of strong, but sexy and quintessentially feminine characters played by the likes of Katharine Hepburn, Grace Kelly, and Lauren Bacall are like, yesterday’s news daddio. Get with the times—today’s strong women are Rey all the way.

I HATE this movie. I didn’t use to, but I just watched it again so I could take notes for this post (with Rifftrax on, which deadened some of the pain) and yup, I hate it.

I miss the days of flawed protagonists, protagonists who needed teammates because they couldn’t do it all themselves, protagonists who made the occasional mistake, and who even—SHOCK OF ALL SHOCKS—fell in love. I miss your John McClanes, your Martin Riggses, your Paul Kerseys. Sure, Snake Plissken was an uber-competent ass-kicking madman badass who tore through any bad guy dumb enough to get in his way, but even he needed help from Cabbie, Maggie, and the Brain, and those other luminaries even saved him a time or two.

Action movies are awesome, and action movie heroes are even awesomer, but one-note, never-fail, never-wrong Mary Sues (or Marty Stus) are BORING. Give me someone who struggles, who makes mistakes, who has to drag himself to victory over shards of broken glass. (I mostly mean that figuratively, but John McClane did it literally. TOTALLY. BAD. ASS.) I want some damn dramatic tension in my action movies, and that can only happen when the main character ISN’T TOTALLY AND IN EVERY WAY PERFECT.

Aspiring Pulp Pensters, take note: Make your hero human. Give him character flaws. Let him be incompetent at something. Give him sidekicks and allies who exist to actually HELP him, not just stand around gushing about how cool he is. Don’t write a little Plaster Saint. Write a human, who also happens to be a hero.

Heroism is not a dirty word. Noble, brave, and determined heroes are the bread-and-butter of fiction, they’re the standout characters. Hell, they’re standouts in Real Life as well. Don’t be afraid of them.

Don’t let the scumbags and cowards of the world tell you heroes don’t exist, and don’t listen to the nudnicks who say they’re unrealistic. Pulp is the genre of heroes and heroism, and without them, there is no Pulp.

Word to your mother.