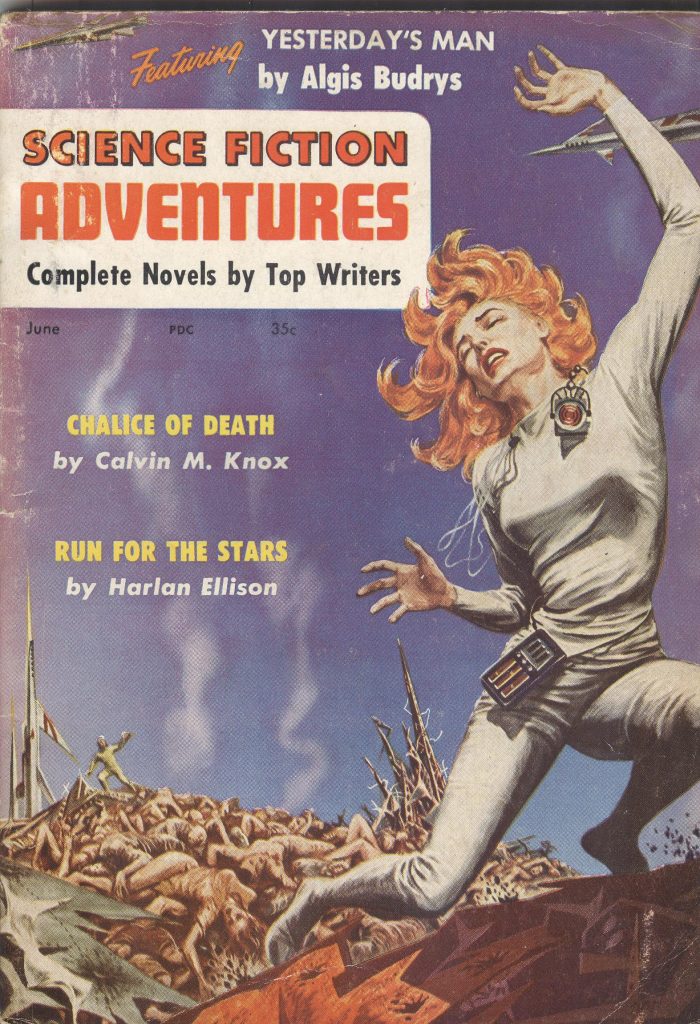 The fourth issue (June 1957) of Science Fiction Adventures had another cover by Emsh illustrating Harlan Ellison’s “Run for the Stars.”

Algis Budrys makes his first appearance in Science Fiction Adventures with “Yesterday’s Man.” I enjoyed Budrys’ The Falling Torch, a novel of guerrilla warfare against occupying aliens. “Yesterday’s Man” is a post-apocalyptic story of the search for a man who presided as leader over a section of the United States. He had the most stable government for a period of ten year before being overthrown. The wheels are coming off everywhere. The main character is a driver for an armored car that he keeps running. This story almost gets into military s-f with descriptions of rifle pits, M-1 rifles, Springfield ’03s with grenade launchers etc. The story is more dialog than anything. My gut feeling is this was meant for Astounding Science Fiction and did not make Campbell’s cut.

Harlan Ellison returns to Science Fiction Adventures with “Run for the Stars.” Ellison had a series of stories set in a war between Earth and the humanoid Kyben. Addict Benno Tallant is found hiding in a store after a Kyban attack looking for money for drugs. The surviving military leaders need someone expendable for a plan. They implant a bomb inside Benno Tallant that will blow up the planet, but not before making their escape from the invading Kyben armada. The story has quite a bit of action as Benno eludes the pursuing Kyben. This story is also a gamma power fantasy. Benno Tallent transforms from sniveling drug addict into Rambo. He starts killing a large number of Kyben with a flame weapon and hand to hand knife fighting. Life does not work that way. Benno takes control of the Kyben flagship setting himself up a ruler. Like I said, gamma power fantasy. The story would be reprinted in A Touch of Infinity (Ace Books, 1960), The Beast That Shouted Love at the Heart of the World (Avon Books, 1967), and as a Tor Double (remember those?) in 1991.

Robert Silverberg is present again as Calvin Knox in “Chalice of Death.” Thousands of years in the future, Earth is forgotten by the greater galactic realms. Humans are few and far between but used as advisors. Hallam Navarre gets into trouble as he is hungover and overslept arriving late for court duties. He gets himself deeper telling Overlord Joroiran VII that he may have located the Chalice of Death, an item that bestows eternal life. Then begins a quest to find forgotten Earth and then the Chalice. Silverberg again is in historical pageant mode of science fiction that he does so well. This was the first in a series.

“Moths” by Charles Fontenay is a short filler of a crashed rocket on Venus. The survivors have to reach an Earth dome at night. The problems are Venusian “moths,” a flying plant organism come to ground looking for water, including that within humans. The story kind of reminded me of the movie Pitch Black.

The June 1957 issue of Science Fiction is overall better than the previous issue. Budrys was not quite a good as he normally is but passable. Ellison is Ellison. Silverberg in technicolor space opera mode is the best.

Two out of four stories would be reprinted in book form. check finya login page to get more information. 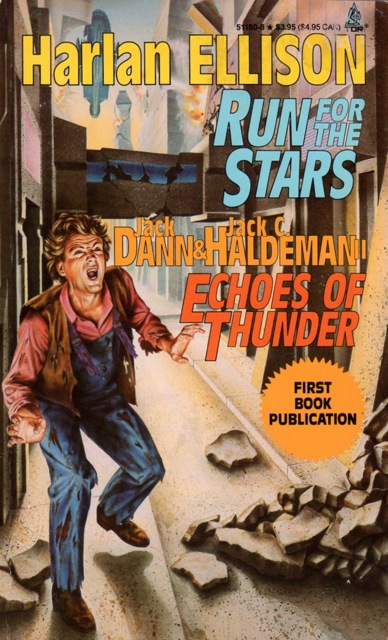