Writers (Williamette Week): You may have heard that Portland’s famous goth bar, The Lovecraft, is under new ownership after the previous owner, Jon Horrid was accused of assault. Now that the bar has changed hands, questions arose whether the new owner planned on continuing to call the bar after an author known for racism and anti-semitism, as well as his stories about unspeakable monsters.

Popular Culture (Unz.com): It is the Western—and its multiple, modern cinematic godchildren—that represents so well and encapsulates so aptly the 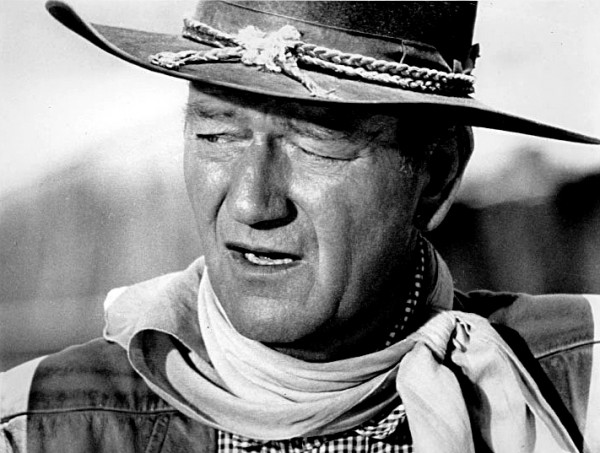 movement of American history, the aspirations and insatiable curiosity of our citizens, and just how we as a people overcame various challenges in building what became the United States of America. It is a story of conquering frontiers as a symbol for the growth and evolution of the American nation. It offers graphically and sometimes with violence the effects of right and wrong actions, and the absolute requirement for law and order in any civilized society. And it is, at its best, a chronicle of great persons—some real, some idealized, others made up—by whose hands a nation was fashioned.

Writers (Paul Lucas): According to both howardworks.com and isfdb.com, Sword Woman was not published during Howard’s lifetime, so it’s hard to date. However, C. L. Moore corresponded with him about it at the start of 1935 – she loved it – which gives us a reasonable idea. It’s been published a few times since it was rediscovered, but the version I read was in The Second Book of Robert E. Howard, edited by Glenn Lord, published by Zebra Books in 1976. 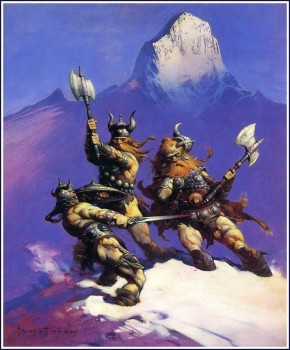 rights to about two dozen Robert E. Howard characters and stories. With the recent releases of Modiphius’ Robert E Howard’s Conan: Adventures in an Age Undreamed Of RPG, Monolith’s Conan board game and Funcom’s in-beta Conan: Exiles video game, Conan is a very viable gaming brand these days. And Funcom’s Age of Conan MMO (which I play) is still going strong as it approaches the decade mark. But fans of Conan’s creator, such as the contributors and readers of our recent Discovering Robert E. Howard series, are yearning for new pastiches featuring Howard’s characters. And not just Conan, but Solomon Kane, El Borak, Breckenridge Elkins and Steve Harrison, to name a few. Aside from some Age of Conan tie-in novels, the Conan pastiche market dried up when Tor finished its series in 2003 with Harry Turtledove’s Conan of Venarium.”

Cinema (Forbes): Critically and commercially, it’s hard to view The Last Jedi as a failure. Furious fans fuming online is to be expected whenever a beloved franchise does anything, let alone experiments with a new direction.

The anger is predictable. But what I find really interesting are the comments left by the quietly disappointed, the tepid reaction, the newfound apathy regarding the series as a whole.

Cinema (Salon.com): “Talk about the violence in Star Wars: Episode VIII The Last Jedi. Do scenes of explosions and space battles affect you differently than those of close-up, one-on-one lightsaber duels and killings? Why do you think that is? What makes more of an impact: violence or loss? Why? How does this movie handle both topics?

Who are the movie’s heroes? How are they role models? Do they demonstrate courage and teamwork?

How is diversity — and the lack thereof — used to indicate the values of the opposing sides of the conflict in the Star Wars series? Why is it notable that 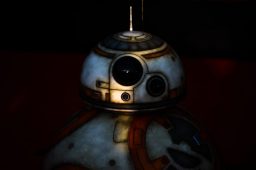 the First Order has very little diversity, while the Republic has a lot of it?”

Games (Worthington Publishing): “In the far future of the Hyades Cluster, 150 light-years from Earth, a democracy falls into civil war. Fortunately, the civilized folk of the cluster (human or not) recognize the foolishness of war, and set limits on its conduct. Consequently, no planets are destroyed, and when one side gains a distinct strategic advantage, the other side will surrender.

Crashing Suns represents that civil war. Two players, or partners, fight for supremacy in a game that typically lasts 30-45 minutes, but can be shorter or longer (partners can be longer). Wooden blocks are used to hide a unit’s identity from the opponent(s), but this is the only uncertainty in the game – conflicts are resolved deterministically without dice or other random elements. The setup is very important.”

Cinema (Vanity Fair): “For those who spend any given movie’s opening weekend trying to immediately determine what, if any, place it has in film history, the process has become something of a numbers game that relies upon three vital metrics. The first: what did the critics think of it? Thanks to the popular aggregator Rotten Tomatoes, you don’t even need to read reviews anymore to find out. Before the film opened, The Last Jedi’s sky-high critical score (hovering around the mid-upper 90s) became a story in itself. Second: what did the fans think of it? Here, again, Rotten Tomatoes claims to have the answer, with a controversial “rotten” audience score currently sitting around 56 percent.”

Writers (Jeffro Johnson):  “Burroughs garners demerits for mixing elements of multiple genres within the same novel… at a time when the dividing lines between fantasy, science fiction, and horror were considerably more blurry than we are used to today. (Keep in mind that before John W. Campbell’s tenure at Astounding Stories, the magazine featured multiple stories by H. P. Lovecraft!) Meanwhile, Argosy magazine which featured many of Burrough’s novels was not a magazine that targeted a juvenile audience by any stretch. Finally, Burrough’s hero was synonymous with fantasy and science fiction all the way through the seventies when the movie poster depictions of Luke Skywalker were specifically crafted to evoke Frank Frazetta’s renditions of John Carter of Mars. Meanwhile, Superman– the character that set the template for superhero comics for all time– was patterned after two Burrough’s most enduring creations, John Carter and Tarzan.”

Writers (DMR Book Blog): “Roads” was first published in the January 1938 issue of Weird Tales. As I understand the arcane workings of Weird Tales issue dates, that means it actually hit the stands in December, 1937–eighty years ago this month. It’s understandable that WT editor, Farnsworth Wright, would want Quinn’s tale in that issue, because “Roads” is a Christmas story. In fact, it remains the greatest sword and sorcery Christmas yarn ever written, in my opinion.”