Writers (DMR Books): “This date marks the one hundred twenty-fifth anniversary of the birth of Clark Ashton Smith. Readers of this site should require 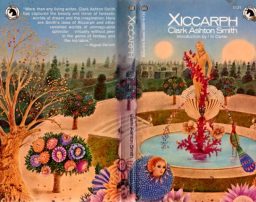 no introduction, as Smith was one of the “big three” writers for Weird Tales, along with Robert E. Howard and H.P. Lovecraft. It only seems appropriate that we should honor this master of exotic, bejeweled prose today by reading and discussing one of his many magnificent stories. I have selected ‘The Maze of Maal Dweb’.”

Pulp Magazines (On an Underwood No. 5): “In 1930, Weird Tales editor Farnsworth Wright struck out with a new pulp: Oriental Stories, tales of historical adventure and Orientalist fancy, set in an “Exotic East” of the imagination—of the sort popularized by the likes of Harold Lamb and Sax Rohmer, shades of Yellow Peril and the Crusades. This was a risky venture in many respects, due to the state of the Popular Fiction Company’s finances and the Great Depression, and the decision was made for Weird Tales and Oriental Stories to shift to quarterly publication for a period—to the dismay of many Weird Tales regulars. (For more on which, see Scott Connor’s “Weird Tales and the Great Depression” in The Robert E. Howard Reader). Wright had considerable talent to draw on, including Weird Tales regulars and enthusiasts of the Orient like Otis Adelbert Kline and E. Hoffmann Price.”

Writers (Everyday Should be Tuesday): “I had a heckuva time finding this book.  Like any kid from the tail end of Generation X, I had seen the Beastmaster 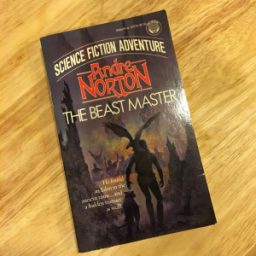 movie countless times on cable as a kid.  And I picked up at some point that the movie was (loosely) based on a book by Andre Norton.  Andre Norton being one of the writers I wanted to highlight with Throwback SF Thursday, I knew I had to cover The Beast Master.[1]  There was just one problem.  Every used bookstore I set foot into had roughly a shelfful of Norton (Adam Whitehead has her #10 on his SFF All-Time Sales List).  The sequel, Lord of Thunder, was the first Norton I picked up, and one of the first vintage SF I picked up.  But it took trips to close to a dozen used bookstores before I finally found a copy of The Beast Master.”

Gaming (The Mixed GM): “My characters in the picture were Bjorn the Hammer and The Seer. I may never level up a character at this rate. Even with the best plan and a good roll on a sleep spell, any character may fall. That’s what happened with my Elf… until I began to fail at rolling initiative rolls. Eventually, the hobgoblins carved my character up quite thoroughly. I am surprised the group still let me do the group initiative roll!

But you know what?” 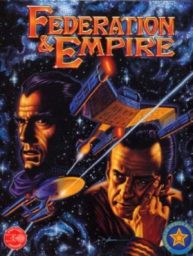 been honed and developed for decades. This feat is made possible by an utterly impossible license that was issued directly from Franz Joseph at a time when no one knew that Star Trek was going to matter culturally and commercially. Unlike all the other game licenses since this one it never expires. And for a hate-filled culture critic like myself there’s an added bonus: all of the subversions, retcons, and horrors that have accrued to the franchise since around 1980 or so…? This game presents an entirely self-consistent alternate Star Fleet style universe that is extrapolated out as if none of that was even conceivable.”

Cinema (Comicbook.com): The Star Wars saga is often perceived as a global phenomenon, as fans seemingly cover the globe. One region in which the series often stumbles is China, with The Last Jedi opening to just $28 million, as compared to The Force Awakens’ opening of $52 million. While the series has never been as popular in China as it has been in other markets, one popular review on website Douban claims the film “really insults the IQ of its audience.”

The original series of films didn’t make their way to China until the ’90s and never really gained much steam with audiences.

Board Games (Popular Mechanics): Sure, the classic board games like Monopoly, Risk, and Battleship are still great fun. But the number of new games

has exploded in the last several years as designers dream up space adventures, deck-building sagas, and zombie survival games. So order a pizza, invite over one to three friends, and try out the best board games released this year.

RPG (Table Top Gaming News): Every day, we get new news from the surface of Mars. A new rock formation is found that might hint at life once thriving on the red planet. As exciting as that is… it’s also just a bit disappointing, considering what we had hoped to find. Certainly authors in times gone by (and many now) still see Mars as a thriving world, full of canals and civilizations. One of the most popular “life on Mars” series was John Carter. Now, you’ll be able to join in the adventures of John on Barsoom (aka – Mars) with the John Carter of Mars – Adventures on the Dying World of Barsoom RPG, brought to you by Modiphius, which is up on Kickstarter now. 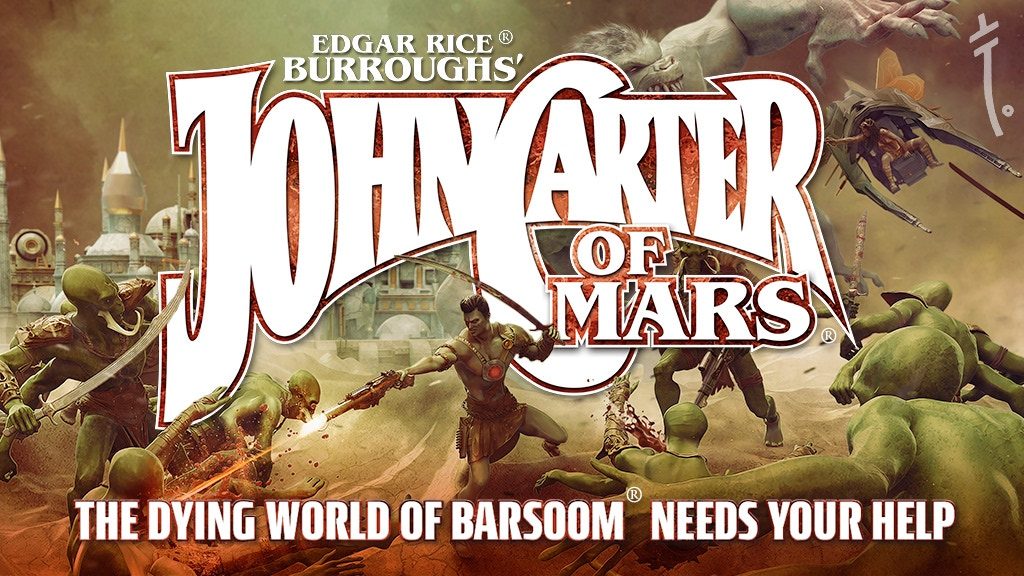