Books (Skelos Press): Presenting the English translation of the award-winning book that introduced a new generation of French fans to the father of 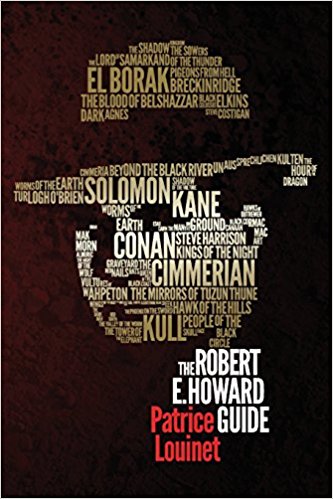 sword and sorcery. The Robert E. Howard Guide was born out of years of scholarship, but took its final form after answering the same questions from fans over and over again. In many ways, Howard remains a “famous unknown writer, “the man who single handedly defined modern fantasy, but whose life and works are still known mostly filtered through adaptations, pastiches and gross approximations. Because of those specificities, he is more often than not known for what and who he wasn’t, for sentences he never wrote, or for characters who bear little resemblance—if any—to his original creations. This, in turn, explains how and why this book was conceived.

Popular Culture (Jeffro Johnson): You can see the cultural programming for this present disaster hit hard just by looking at the movies of the sixties and seventies. Marathon Man (1976) features a “nice guy” protagonist. Dustin Hoffman plays a nebbish that blunders into a bit of a thriller. “Realism” in this case means that he is such a loser that the only woman willing to take up with him is one which is willing to do so under the orders of a mysterious figure from the underworld. (Note how this character type would undergo some modifications in the eighties: loser protagonists in both Gremlins and The Karate Kid fall into completely arbitrary female favor without establishing any of the sort of qualities that could motivate it while characters that could command that sort of attention are painted in the worst light possible.

Gaming (Gaming Ballistic): Today I pushed the “Blast Emails” button on the PDF for Dragon Heresy. It’s got the cover, hyperlinks and bookmarks, and I 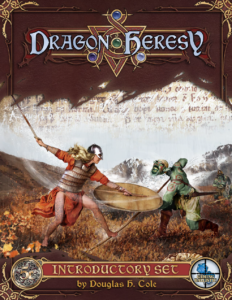 hope is as error-free as it could be. Backers should find the notification in their email box.

I will be spooling out a gigantic file for upload to the printer today or tomorrow (the office in Hong Kong is closed tomorrow, so doing it early doesn’t make much sense). It’s been a long journey to this point, but within a day the process of making the physical books will begin. I’ll stage the PDF for release on my site and Drive ThruRPG in a week or so; I need a breather first. On the other hand: PDF promised end of July. Delivered 6wks early. Booyah. Now I start cranking HARD on Hall of Judgment.

Comic Books (Brian Niemeier): Yesterday I mentioned comic artist Ethan Van Sciver’s account of his amicable separation from DC Comics. Ethan’s a decent guy–the kind of normie entrepreneur, husband, and father one could once be in America before peak SJW convergence. It’s good to know he isn’t fretting over where his next meal is coming from since his independent Cyberfrog comic just raised over $200,000.

I take comfort in knowing that creators like EVS are out there, humbly making new culture to replace what the Morlocks befouled. I experience an altogether different emotion when I hear of the diabolical persecution SJWs subject honest family men like Ethan to.

The tell? The production of things that call themselves games, but are not.

A game has a few defining characteristics:

Writing (Wasteland and Sky): From a chart passed around by author Jon Del Arroz comes this list showing the sales of different SF subgenres. To no one’s surprise, the ones focused on action and adventure are at the top of the chart. In addition to some weird listings (“Alternate History” and “Alternative History” are two different categories) this isn’t all that surprising to anyone who pays attention to what mainstream people like. I’m sure if you’ve read this blog or similar ones you know all of this.

The worst part of this chart is how low short stories are. Despite being cut up into three categories (again, for some reason) short stories are at the rock bottom of the list and have been for a very long time. Think about it.

Publishing (Pulprev): We’ve got to create the culture that we want to enjoy, and that means backing those willing to put themselves out there. While that does mean spreading the word, ultimately it comes down to putting either your money or your skin where your mouth is. I understand if you’re having to pinch your pennies, but if you can’t put your money down then you can find a way to contribute otherwise; I can write, so I’m putting skin down instead and throwing my hat into the ring. Below is an excerpt of what I put out on my writing blog last Friday.

Pulp Magazines (Pulp Archivist): I recently came across a ThePulp.net article covering the 1949 death of the pulps, where Street & Smith axed all their 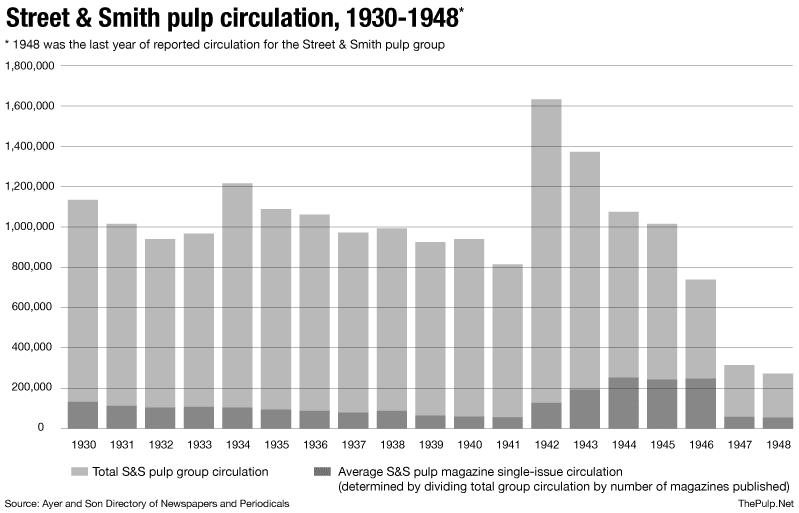 pulps except for Astounding. It parroted the popular wisdom of the time, where changing tastes among the audience doomed the medium. However, what caught my eye was the sales figures included.

Gaming (RPG Pundit): So, I have an earlier blog entry where I’ve told my readers that they can post questions and/or requests for rant topics from me. I will periodically respond to any of these I think I can do a good job at answering. So if you have something you want to ask me, or ask me to write about, go to that entry and put your question/request in the comments!

Today, we have a question from Omer G. Joel: “I’d like to read your opinion about “new school” D&D, that is 3.5E/4E, as I got the impression (am I right?) that you are closer to the Old School in your tastes and views.”

Cinema (Reactionary Times): Kathleen Kennedy hasn’t just destroyed careers and childhood dreams during the parade of incompetence that was her tenure as head of Lucasfilm. Theaters got hurt.  Disney investors got hurt.  Disney as a whole has taken a punch to the head.
From Ace: First: Disney’s publicity machine got a new recruit in its war on (former) Star Wars fans: Steven Colbert decided to attack them as racist, sexist manbabies.

Everything to protect his Khalisi Kathleen Kennedy.

I saw this image yesterday, and I chuckled immediately. It was a reflexive laughter, and it took me awhile to understand what exactly had triggered my reaction. s I said, I laughed when I saw this, even before I had consciously processed what I had seen. A few minutes of heavy thunkin’ later, I realized what was wrong: they look ridiculous while trying to look cool, which is the worst kind of ridiculousness that exists.