Writers (Legends of Men): As you know by now I’m a huge fan of the Conan stories, but I’m also a huge fan of Howard’s other creations, even his 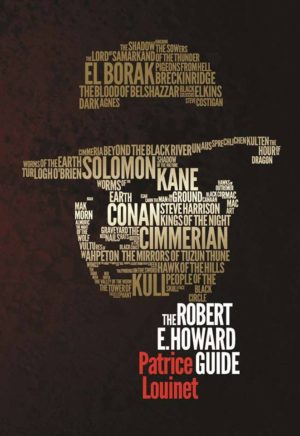 His book, The Robert E. Howard Guide, was just published and he discussed it a bit. I bought a copy and have to say that I think it is a great book about Howard and his works. It’s not just a biography, though there is a short biography of him in the book. It’s an introduction to everything Howard.

And then a Wersgor spaceship arrives over the small town in Lincolnshire where Roger is mustering. The little blue men inside the scoutship attack, the English storm the ship and kill all but one of the aliens, and Sir Roger gets a bright idea: force the surviving alien, Branithar, to fly the English force to France, and from there they can fly to the Holy Land. Sounds great, right?

Unfortunately for them, Branithar has other ideas, and plots a course for Tharixan, a Wersgor colony world, and thus, Poul Anderson’s 1960 novel The High Crusade begins. Originally serialized inAstounding/Analog Science Fiction and Fact, it was published as a novel by Doubleday that same year. 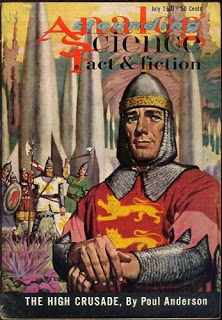 I’m excited about this release because ENnie-nominated Glynn Seal and I worked hard on this book and it turned out superb.  The production values are the highest Kort’thalis

Publishing has ever attempted.  It really looks amazing!

RPG (RPG Pundit): The worst thing about the OSR-Taliban is that they make the past so fucking tiny.
They reduce the huge variety and possibility that was happening in the Old-School period into playing ONE edition of D&D in ONE particular style (which was by far not the most popular style, I should note). And use absurd interpretations of “scripture” to justify it.
After the last couple of days’ responses to my blog entries, no one has the right to question my calling them the “Taliban” again. They have exactly the same goal: to go back in time and wipe out all the wide variety and diversity and innovation and change and just say that one tiny sliver of the past is the one and only truth, and worse, pretend that’s all there ever was.

Pulp Rev (Words of Wonderment): By now, regular readers of this blog will have noticed several posts using the #pulprevolution tag, and might be wondering what I mean by that descriptor. Happily, author J. D. Cowen has just made an excellent blog post that recaps the last several years of rediscovery of what pulp fiction really means.

Of course, pulp fiction has never fully gone away. But that isn’t without lack of trying. It has been used as little more than an insult or a cheesy aesthetic for those who hated them. It has been used as an insult by those who never bothered to read the original works. Pulp became a synonym for trash, and nothing else. The Tarantino movie didn’t help. The tradition of genre fiction actually goes back through the pulps and the penny dreadfuls all the way to at least Poe. By ignoring the pulps you are cutting the line of tradition and thumbing your nose at it. Those who trash it have no idea what they are actually doing.

Appendix N (Gearsonline): In the back of the Dungeon Masters Guide for Dungeons & Dragons first edition there are appendices marked with letters. Number 14 is Appendix N. It is a list of fantasy and science-fiction authors along with some notes from Gary Gygax. Gygax’ notes state that the authors and titles in the list were the inspirations for D&D and he recommends them as a source of ideas for D&D gamers. The appendix has been reproduced online to make it more accessible. I heard little about this list for years. Every once in a while it would be mentioned among hardcore D&D fans but most would, oddly, dismiss it as a list of Gygax’ favorite books.

D&D (Jeffro’s Space Gaming Blog): Needless to say, a movie like Avatar would have had a completely different ending back in the thirties! And as 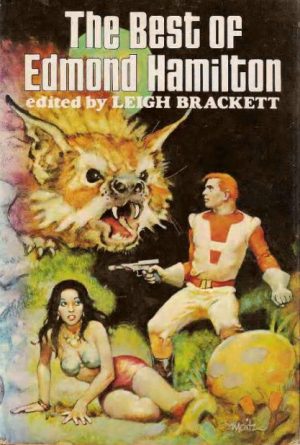 brazen as this story might seem to the average millennial of today, it is nevertheless something that that is hardwired in the nature of the much more recent Dungeons & Dragons game.

Consider this from the first edition AD&D Players Handbook:

When a fighter attains 9th level (Lord), he or she may opt to establish a freehold. This is done by building some type of castle and clearing the area in a radius of 20 to 50 miles around the stronghold, making it free from all sorts of hostile creatures.

RPG (DM David): In the original Dungeons & Dragons game, ordinary monster attacks inflicted just 1d6 damage. Yet characters still died, frequently. Clerics gained far fewer spells and much less healing than today, so most damage took a trip out of the dungeon to heal. Heroes mounted dungeon expeditions, fought as many battles as they dared, and then hoped their mapper could lead them to safety and healing.

To threaten full-strength characters in a climactic fight, monsters needed unique attacks that did massive damage, like a dragon’s breath weapon, or save-or-die effects like a beholder’s eye rays.

Cinema (Tellers of Weird Tales): I have been away and will be away again soon. My writing has suffered for it, but it seems to me that we all have two choices in life: there is either family or there is everything else. I will choose family for as long as it’s needed. In the meantime, I hope you will continue to read Tellers of Weird Tales. There is still plenty to be found here, especially way back in the vault, if you haven’t already been following this blog since its beginnings. I hope to devote more time to it before too much longer.

Cinema (Don Herron): In October 2008 The Cimmerian (V5N5) published my essay “When Yaller Rock County Came to Chawed Ear: Howard, Tuttle — and Kong.” By looking at the text of the Texan’s “The Peaceful Pilgrim” where Breckinridge Elkins lifts a huge log-bridge with horses and men on it and then tosses it over the ledge into the abyss below, I believe I proved that Robert E. Howard had seen King Kong.

I’m sure we all remember the scene in King Kong where the huge ape, being followed by Bruce Cabot and some seamen, picks up the log they are upon, shakes a few off and then pitches the log-bridge, with the remaining sailors yelling bloody murder, into the canyon to their death.