Cinema (Reactionary Times): “Rian Johnson has left J.J. Abrams not just a mess but a complete mess.
When The Empire Strikes Back ended, there was an excellent setup for the next movie. Why it practic…al…ly…uh… No, actually. Now that I think about it, the end of Empire created a major plot restriction for the film that was to follow it.
Harrison Ford famously wanted Han to die at the end of Empire and he was probably right, (actually given everything that happened with Han afterward, he was definitely right). Han reached the end of his story arc in Empire, Much as we love the guy he really had nowhere else to go as a character and that was where he went, nowhere.”

Fiction (Pulprev): “A fortnight ago, Jesse Abraham Lucas wrote a blog post that resonated with me. He wrote about what PulpRevvers call GroffinGate, in which an Internet commentator named Groffin said (among other things):
And for all your glorification of the insular and self-aggrandizing indie-literature circuit, you have no minds of comparable skill or prestige, and will not for years and years if ever.
It’s a shot aimed squarely at PulpRev. Lucas’ response is telling:
That hits me where it hurts. We don’t have writers like that. I’m far more optimistic than Groffin about our prospects, but the road to greatness is long 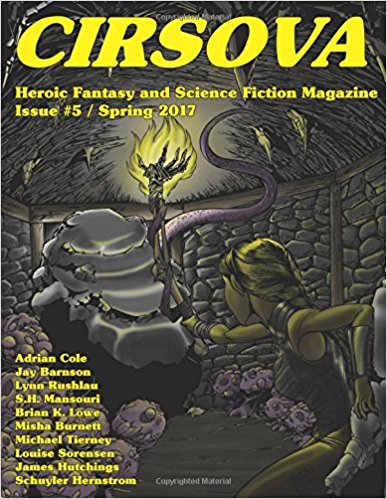 and hard, and we don’t get there just by saying we’re getting there’.”

Through a number of sources ranging from British Books in Print, Whitaker’s, and Books and Bookmen, to fanzine reviews and advertisements, I’ve come up with a complete list, and give it below in two formats, first chronologically, and second alphabetically by author. Pan/Ballantine editions did not usually state their publication month, so outside sources were vital to making the chronology.”

RPG (S J Games): “The keys to the lost hall have been found . . .
Deep in the glacial peaks northwest of Isfjall, past the northwest border of the realm, a band of adventurers is deceived and nearly destroyed by a powerful Alfar sorceress as they pursue raiding hobgoblins. Through bravery and sacrifice, they deny her possession of a lost holy relic. The Tiwstakn: key to finding the legendary Lost Hall of Judgment.”

Fiction (Steve Dubois): “New Pulp has no flagship. No Admiral on Earth could keep these particular frigates from sailing joyously off in whatever direction they please. But…if New Pulp DID have a flagship, it would probably be Cirsova. Under P. Alexander’s leadership, the magazine has acquired a 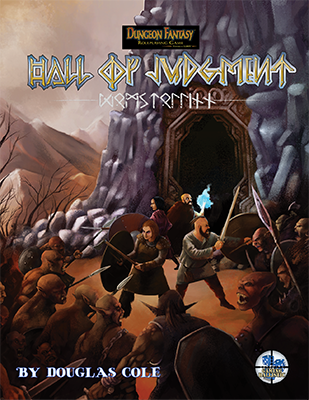 wide enough following to lock down a Hugo nomination, and will soon publish its seventh issue.

Issue #5 is seen by many as a particular bright spot for Cirsova, with stories nominated for both the Planetary and Ursa Major awards. Recognizing the opportunity to achieve a wider readership, the editors elected to make the issue free via Amazon for a week. I like New Pulp, for the most part. I like free things even more. I jumped at the chance.”

Fiction (Jeffro Johnson): “Now, my favorite explanation for why it is that science fiction and fantasy went bad can be summed up into just one word: Commies.
It’s especially hilarious because… it actually no kidding totally for real happened. But don’t take my word for it. Heck, go read Mutation or Death yourself. Even better, go read the completely off the wall letters that got written in to Planet Stories back in the day… and then ponder the implications of how it was that the premises of those complaints would culminate directly into the original Star Trek television series. (Cue Twilight Zone music…!)”

Gaming (Osprey Publishing): “Last Days: Zombie Apocalypse is a skirmish-scale miniatures game of survival horror. It pits players against each other in a nightmarish near-future where the dead have returned to life and are feasting on the living.
Players build their own factions, representing desperate civilians, military personnel, or hardened survivors, and must explore, scavenge, and fight in order to survive another day. Rival gangs are only one of the dangers they face – mindless zombies wander the streets, driven by insatiable hunger and drawn by the sound of combat!
A gang’s ability to scavenge is as vital as their combat ability, and players must ensure that they have the resources to survive in this hostile world. Scenarios and campaigns allow you to develop your gang, gain experience and recruit new henchmen to build up your strength or replace the inevitable casualties of the zombie apocalypse.” 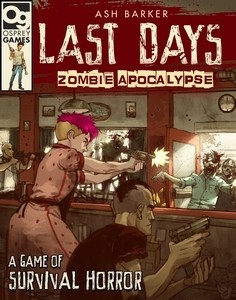