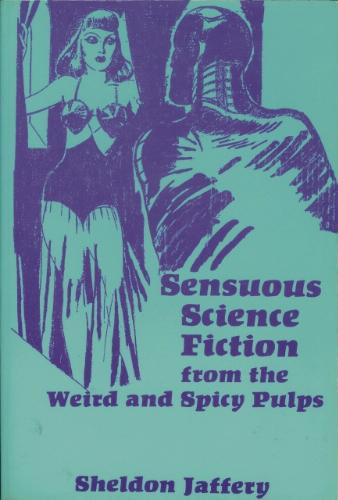 One of my favorite science fiction anthologies is Sensuous Science Fiction edited by Sheldon Jaffery. This is a trade paperback from 1984 published by Popular Culture Press at Bowling Green State University in Ohio.

I had bought Sheldon’s Horrors and Unpleasantries: A Bibliographical History and Collector’s Guide to Arkham House. I saw in Horrors and Unpleasantries that he lived in Beachwood, Ohio, a suburb of Cleveland. I was going to school in Cleveland in the late 1980s, so I looked up his number in the phone book and called him up. That started me off on buying some Arkham House books that I wanted.

While up at his house in November 1986, I picked up a copy of Sensuous Science Fiction from him. This book is only 164 pages long but packs more entertainment than some anthologies that are 500 pages.

This anthology reprints spicy science fiction and some weird menace from the 1930s pulp magazines. No pretentious fiction from Amazing Stories or Astounding predicting the future. The contents here contain space pirates, princesses, and one planet vigilante reprinted from Marvel Tales, Spicy-Adventure, Mystery Adventure etc. This is the sort of “science fiction” many readers really want, none of that finger wagging, social consciousness stuff.

There is a narrative that sex in science fiction did not exist before Philip Jose Farmer came along. Sensuous Science Fiction blows holes in that narrative. 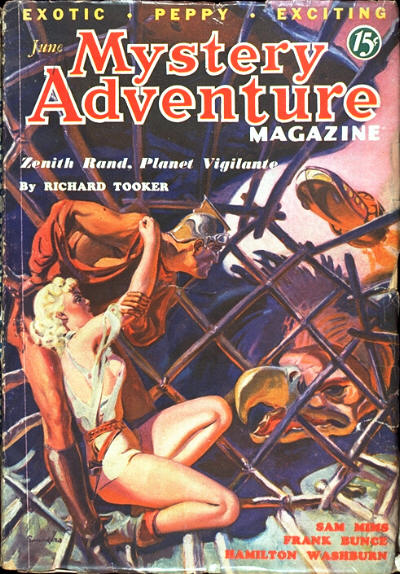 Jack Williamson wrote “The Angel of Hell” (Marvel Tales, Dec. 1939) under the pseudonym “Nils O. Sonderlund.” This was at the time Williamson was writing the new form of science fiction for John W. Campbell at Astounding Science Fiction. This is another side to Williamson with a flying American mercenary in Chinese service discovering a conspiracy for world domination by new super-scientific weapons. Now that I think of it, the story is sort of James Bondish. 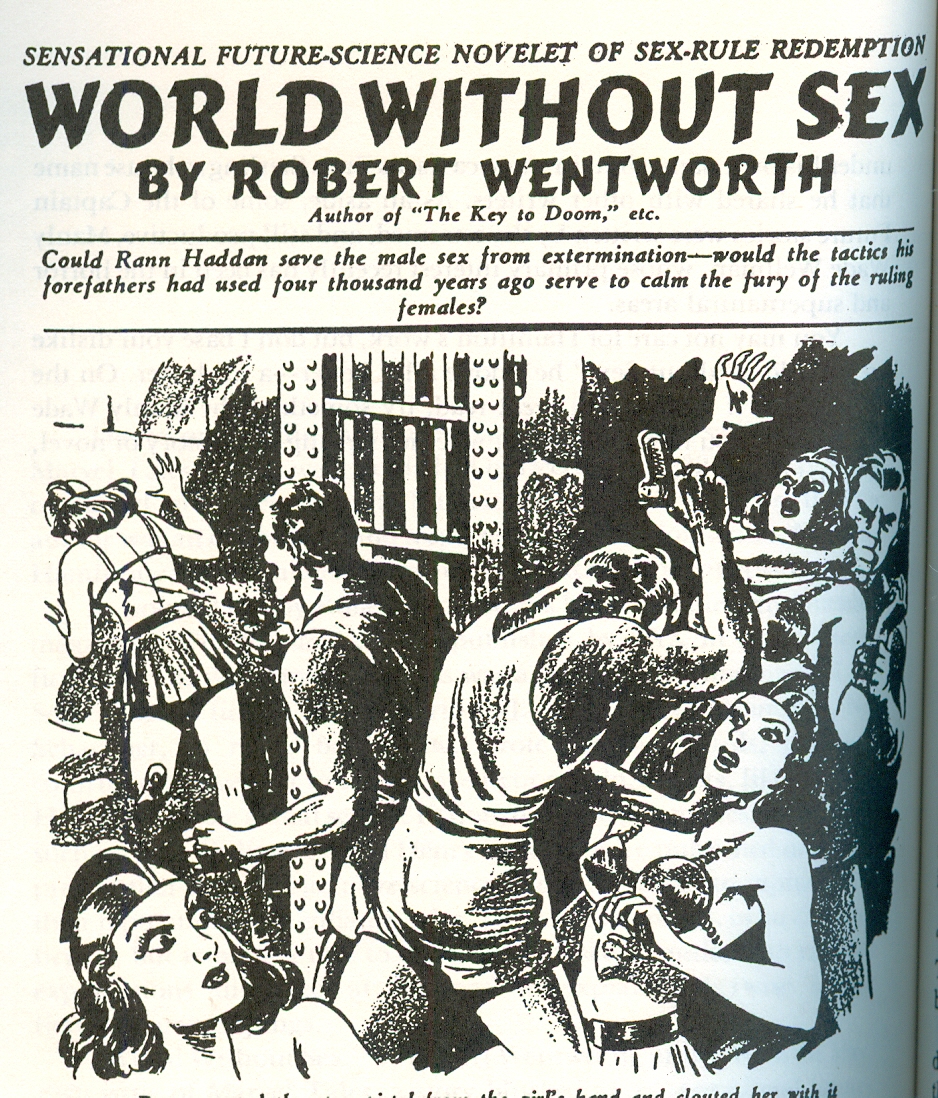 Edmond Hamilton is present at “Robert Wentworth” in “World Without Sex” (Marvel Tales, May 1940). Hamilton takes the war of the sexes to its ultimate conclusion.

Victor Rousseau had been one of the luminaries of the scientific romance in the 1910s and 20s. His star had fallen by the late 1930s when he was cranking out a fair amount of fiction for Spicy-Adventure Stories under various pseudonyms. “The Robot Awakes” (Spicy-Adventure Stories, Oct. 1940) is by “Lew Merrill.” We all know if we expand into space that the future is feudal. This has fighting robots and space princesses. That is all the speculation you need. 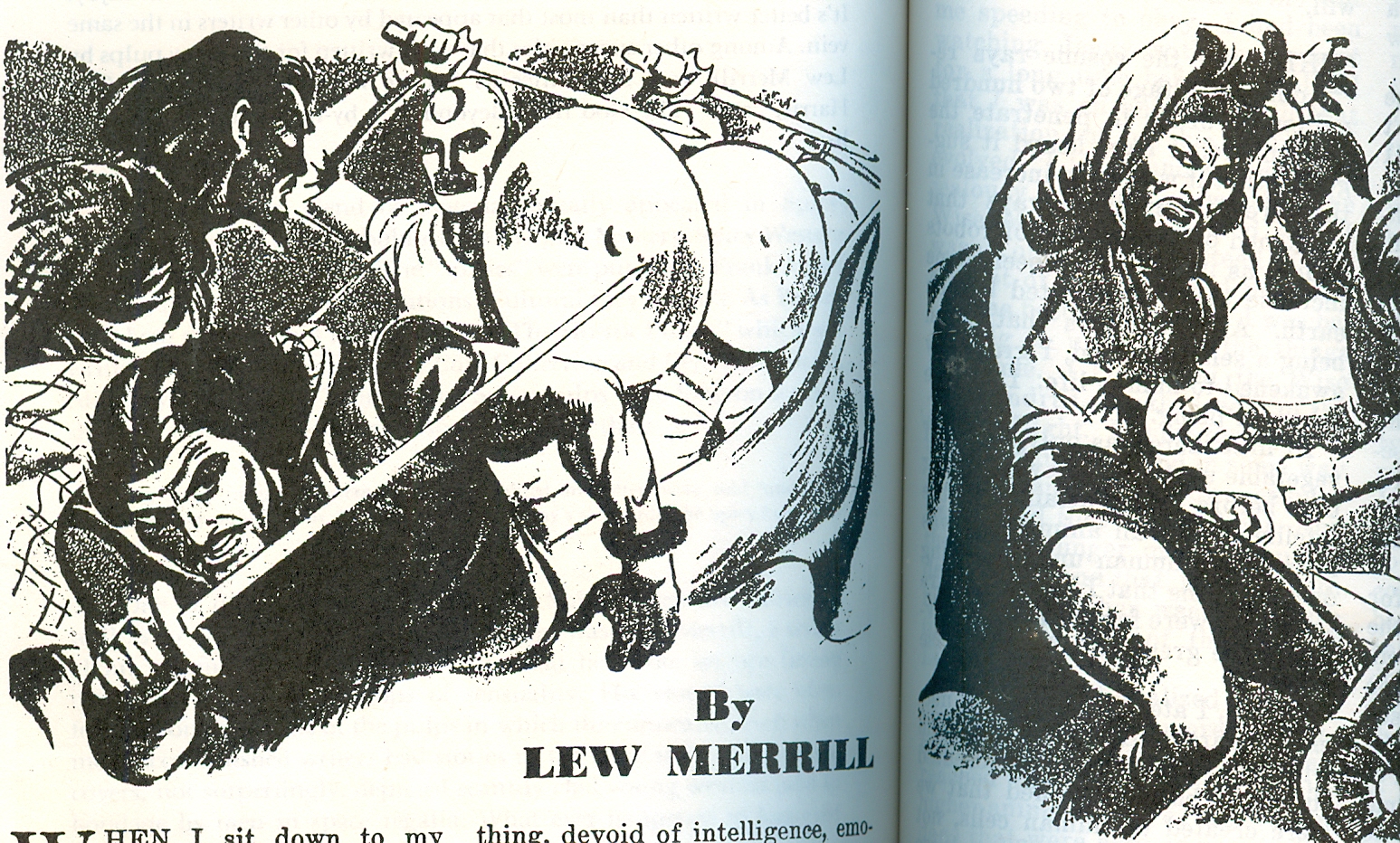 “Henri St. Mauri” is a pseudonym of James H. S. Moynahan who was active in the detective pulps from 1931 to 1941 including one story in Black Mask. “Planet of Peril” (Spicy-Adventure, Sept. 1940) has that good old spaceship built by a scientific genius and a first exploratory trip to Venus. They find Venus women!

So, this is a glorious anthology. I had bought it from Sheldon as a favor but ended up really liking this book. If exploring old science fiction, get Healy & McComas’ Adventures in Time and Space first, but get a copy of Sensuous Science Fiction as your second book.