Star Wars Rip-Offs: The Good, the Bad, and the Weird 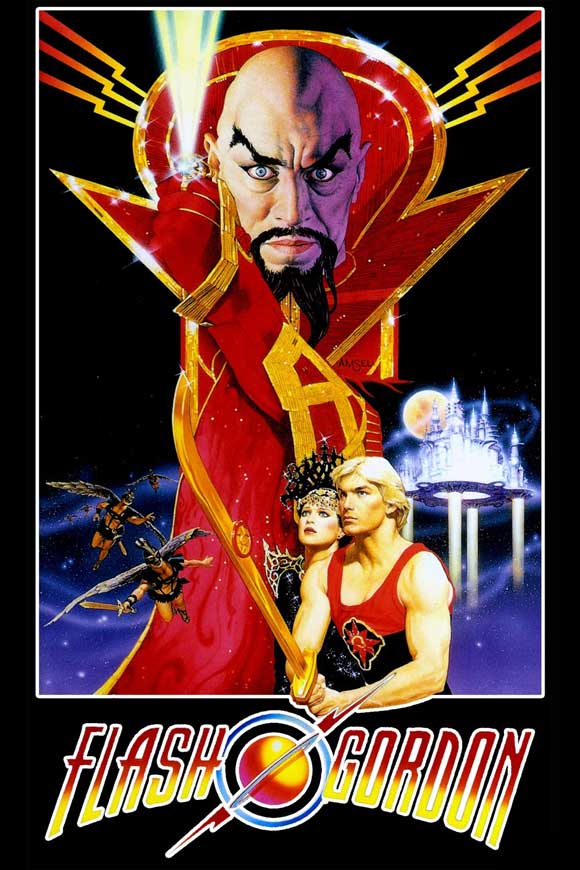 A more innocent time, when a Swedish actor playing an Asian villain bothered no one.

As a major, SJW-infested corporation trots out another installment of a beloved franchise, devoid of excitement and fresh ideas but pumped to the gills with Social Justice, it’s interesting to go back to an earlier, more innocent time, shortly after the first Star Wars (1977) came out.  Not only was it legitimately excellent, it also became an insane success that changed the very economics of the film industry from a system dominated by directors making serious art for adults (think Network (1976), Chinatown (1974), or even more action-oriented fare like The French Connection (1971)) to one focusing on special effects-laden blockbusters for teens.  Many, myself included, would argue this was ultimately for the worst, but that’s a topic for another column.

The point is that in the wake of Star Wars’ success (the second-highest grossing film of all time when factoring in inflation, after Gone with the Wind (1939)), there were a slew of imitators.  Ignoring obvious foreign crap like the infamous Turkish Star Wars (1982), let’s look at a few of these.

Sure, Flash Gordon started as a comic strip in 1934 and there were several film serials released in the late 30s and early 40s.  But would there possibly have been a big-screen adaptation 40 years later if not for the success of the Star Wars franchise at the time?  Not a chance.  And it was produced by none other than Dino de Laurentiis, the brilliant, incorrigible, and utterly insane Italian mogul.

The film is a mess in many ways.  It went through numerous directorial changes (at various points, Fellini, George Lucas, and Sergio Leone were all considered!) and according to script writer Lorenzo Semple Jr, they couldn’t figure out whether to make it more serious or comical, eventually settling on the “wrong” choice of a cartoonish approach.  The lead Sam Jones physically looks the part of a tall, well-built, handsome American hero.  Unfortunately, being a nude model with no acting experience, he lacks charisma and even basic personality.  A disagreement with De Laurentiis also led to much of his dialogue being overdubbed.  Beyond that, the movie is a series of one set piece after another, frequently mediocre, with little rhyme or reason for them, but full of Three Stooges style hijinx.

And yet, there is a definite charm to the picture.  While Jones fails to impress, future James Bond Timothy Dalton is a fine roguish prince, the great Max Von Sydow is a solid villain, and the wonderful British character actor Brian Blessed, with his booming voice, is a memorable leader of the Hawkmen.  It’s a loud, boisterous movie, with colorful costumes and a genuine energy to it, no matter how silly the set piece.

And of course, it features a genuinely great soundtrack by Queen.  When most people think of the film, the opening lines of the theme play in their heads, and many of its other flaws melt away.  The song being used for the final, climactic battle is genuinely thrilling. 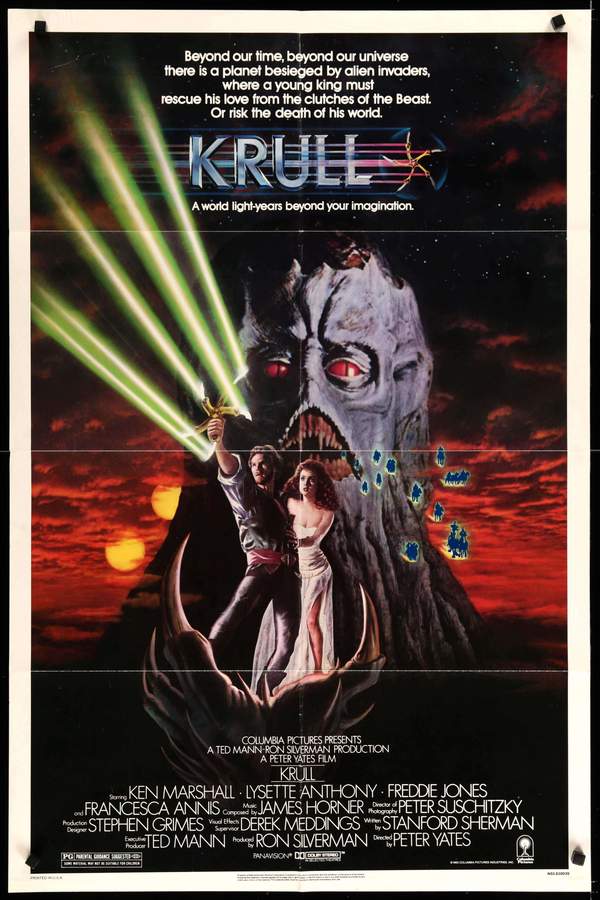 Reminds me a little of the character select screen for Golden Axe!

As I’ve mentioned in the comments here, this is my absolute favorite of the Star Wars rip-offs, which is equal to or even superior to the original in many ways.  Directed by the great, now slightly forgotten English director Peter Yates, it was my favorite movie as a child.  I dreaded revisiting it as an adult, as my reaction to most of what I liked then was “How the hell did I ever like THAT?!  This is crap!  I must have been a dumb kid!”  However, watching it as a jaded adult, not only did I enjoy it, but at its best, it inspired the same feelings of awe and wonder I had felt as a child.

Krull is a sprawling epic, with a ragged band of adventurers going on a hero’s journey to rescue a princess in a beautiful, enchanting, and deadly world.  Unlike Flash Gordon mentioned above, the set pieces in this movie are incredible, and feature considerable ingenuity.  Even the mystical weapon in the movie, a multi-bladed mix between a shuriken and a boomerang called a glaive (not to be confused with the actual historical weapon of the same name) proved so popular it has been many used in many fantasy properties since.

The fights are thrilling, the heroes likable, and the villains, including their creepy, insane castle, are dark and menacing.  In fact, it succeeds at many of the same metrics that Star Wars did, if not to the same extent.

However, in one regard it is clearly better than Star Wars, and that is the soundtrack.  Yes, Star Wars is excellent there, but I consider James Horner’s work on Krull to be the best in all of film history.  Even better than Basil Poledouris’ work on Conan the Barbarian (1982) or Ennio Morricone’s numerous masterpieces.

The music is ever-present, a constant element throughout the picture, elevating each scene.  If the picture wasn’t fundamentally good, the soundtrack wouldn’t matter so much.  But in this case, it infuses with that additional drama, pathos, and heroism to go from good to great.  The main theme is outstanding and the Ride of the Firemares is thrilling, but my personal favorite is The Widow’s Lullaby.

If my enthusiasm didn’t make it obvious enough, I encourage every reader here to check out this simultaneously overlooked and underrated classic. 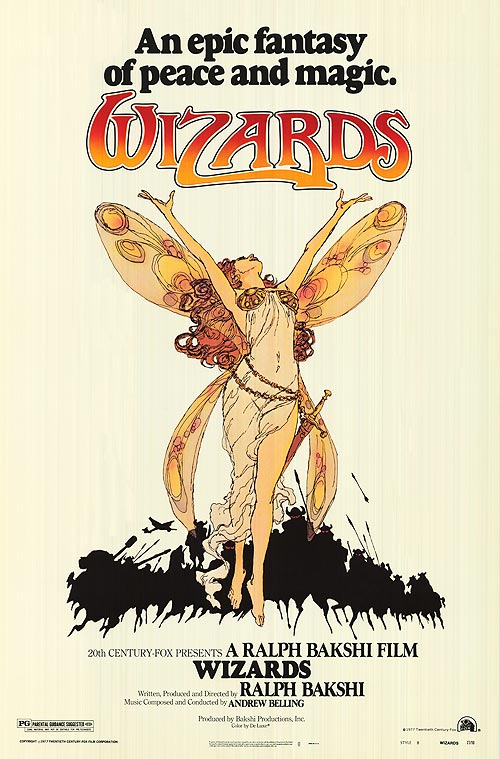 “Dull, adventure-less fantasy of propaganda and Marxism” would be more accurate.

Okay okay, I’m cheating here, as this was actually released three months before the first Star Wars.  Still, I can’t resist highlighting this left-wing, scaremongering screed masquerading as a fantasy film, since it shows the pitfalls of political propaganda in movies and was made 40 years before the current year.   It’s similar to Star Wars in some ways, including an earlier use of plasma rifles.

The plot of this animated movie would make any fairy tale seem complex.  In a post-apocalyptic world, magic is everywhere, and a Good Wizard defeats an Evil Wizard but spares him.  The Evil Wizard then stumbles upon an old reel of Nazi propaganda (I wish I was kidding), which he displays on a projector to a bunch of monsters.  Instead of being confused at what the fuck they’re watching, the monsters become an unstoppable killing machine, routing elves and other good creatures in battle.  The Good Wizard, along with a few travel companions, go on a journey to stop the Evil Wizard.

I’m not simplifying this, either.  The Good Wizard is even named Avatar and the Evil Wizard Blackwolf.

The use of film as a weapon of propaganda is classic SJW projection, as Wizards is as heavy-handed as anything by Leni Riefenstahl.

The story is thoroughly idiotic, features no adventure and little in the way of excitement.  Instead, it is constantly cloying and preaching what would have been cutting-edge leftist sociopolitical orthodoxy back then.

Amusingly, as soon as the projector goes out, Blackwolf’s unbeatable Nazi army of hulking monsters gets easily slaughtered by a bunch of scrawny elven wimps.  I thought this was illogical and stupid when I saw it, but it makes perfect sense now, understanding the pathology of leftist thinking.  They always think it will be a piece of cake to defeat their enemies, contrary to all evidence.  (Admittedly, this is a trap certain right-wingers fall into as well, in the opposite direction)  And American leftists never appreciate what a force the Nazis truly were, which is also an insult to their victims.  Being a Russian Jew, with many ancestors who had fought in the war, the sober assessment I heard growing up was that the Germans were the best soldiers in the world then.  But in this film, Blackwolf’s army is actually weak, and their success is based around a single film projector.  Ergo, the menace of the villains is revealed as illusory, and there is nothing significant worth celebrating in the elvish victory.

Also, in a climactic scene, the hippy, non-violent good wizard Avatar, who had spared Blackwolf and preaches non-violence and mercy, shoots Blackwolf dead with a gun.  In cold blood.  There is nothing wrong with such a solution by a different protagonist in a different situation, but after all the preaching we’ve heard, it makes Avatar nothing more than a hypocrite, fraud, and very possibly evil himself.  It also renders the high-minded leftist themes that the movie had pushed so hard as nothing more than trite bullshit, to be disposed of whenever convenient.  (Gee, doesn’t that attitude sound familiar?)

Anywho, I hope you have enjoyed this look at some old movies similar to Star Wars.  Sadly, among major studio releases these days, one is far more likely to get a picture in the mold of Wizards than that of Krull!