The Chinese Garden, by François Boucher

Readers familiar with the Pulp Revolution have certainly by now heard that with the death of the pulps, many genres fell out of favor. Hero pulps, sword and sorcery, and planetary romance have all declined from the heyday of the 1930s, often replaced entirely by other expressions of fantasy and science fiction. Yet as we return to reading the pulps instead of what people say about the pulps, whispers of other genres appear. For instance, hidden among the three proud pillars of weird fiction – horror, science fiction, and fantasy – is a fourth genre, one as exotic as its name: chinoiserie.

Chinoiserie first started in the 18th century in the visual arts. European artists impressed by Chinese artistry began to imitate the Eastern designs, incorporating them into pottery, furniture, decor, gardening, and even music. The appetite for chinoiserie grew with the perception of China as a highly civilized culture, even beyond the European norms. The artistic movement continues to the present day, with many works of chinoiserie available online. As with many artistic movements, this fascination with exotic cultures made a jump into literature.

Literary chinoiserie began as an exploration of unfamiliar Oriental cultures as perceived by Western writers.  While the visual arts quickly distinguished between Chinese-influenced chinoiserie and Japanese-influenced japonisme, no such distinction was made in the literary world, with chinoiserie describing Persian, Byzantine, Japanese, Tibetan, and Chinese stories. (Despite convention, I will be using chinoiserie and japonisme to differentiate the two flavors of literary chinoiserie.) However, the term quickly narrowed to Pacific Asian cultures, with the Chinese association dominating. Literary chinoiserie expresses itself in three major forms; the exploration of Chinese lands, the exploration of Western ideas of Chinese culture in both its homeland and its diaspora settlements, and the exploration of an idealized China that never was. Occasionally, Western culture would dress up in chinoiserie robes for the purpose of satire, as in Gilbert and Sullivan’s The Mikado. But common to all expressions is the idea of the outsider looking into another culture not his own, and not always understanding what is seen. One does not write chinoiserie of their own culture. The Chinese author of the Three Body Problem, Cixin Liu, writes Chinese science fiction, while Peter Grant writes chinoiserie science fiction dealing with Chinese triads in space in his Maxwell Saga.

Perhaps the most sensationalized version of chinoiserie, yellow peril is the tendency of pulp writers to use Chinese as villains, as popularized by the Lord of Strange Deaths himself, Fu Manchu. Hidden in every shadow were copycat secret societies led by cunning occult mentalists and sensuous deceitful dragon ladies. This was primarily a staple of weird menace, a sensationalist genre of lurid stories where a dreadful and mysterious terror, usually occult or supernatural, threatens to overtake the hero unless he acts. This Chinese threat was not the only staple of the genre, as fantastic, mythological, and scientific terrors would also loom in the pulps, however the trope was common enough to have its subversions and aversions, with the honorable and heroic detective Charlie Chan as the most famous antithesis to yellow peril villains.

Chinoiserie’s fascination with exotic China found a home in the pulps. The Shadow’s first adventure, The Living Shadow, found the Knight of Darkness playing master of disguise in Chinatown to root out a hidden killer. Counter to convention, this killer, Diamond Bert, only posed as a Chinese mastermind. Among the imitators of the Shadow, the Green Lama featured an American student of the Tibetan Lamas using Eastern secrets to defeat Western criminals. Sidney Herschel Small wrote adventures of Asia and American Chinatowns. E. Hoffman Price led the parade of writers of Weird Tales who would use chinoserie, many of which would claim that their stories had been discovered in the markets of China and Istanbul. Clark Aston Smith wrote a prose poem describing two lovers separated by centuries in his “Chinoiserie.” Manly Wade Wellman’s occult investigator, John Thunstone, would test his metal and that of a holy blade against a cursed Gurka honor sword in “The Dai Sword.” 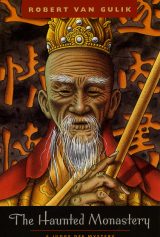 As the pulp age faded, so did literary chinoiserie. But the fascination with China lived on. Robert van Gulik found a copy of The Celebrated Cases of Judge Dee in a second-hand store and translated the fictional account of Tang dynasty judge Di Renjie into English. Van Gulik then wrote an entire series of new adventures for Judge Dee, starting with The Chinese Maze Murders. The adventures of the Sinanju master assassin Chuin and his worthless assistant Remo Williams filled book after book of the men’s adventure series The Destroyer. Andre Norton brought a taste of China to gothic romance in The White Jade Fox, where an antebellum governess must keep her charge’s Chinese treasures safe from her stepmother. E. Hoffman Price would return to chinoiserie in The Devil Wives of Li Fong with the tale of the serpent Mei Ling as she protects her family from Taoist magic. Finally, in perhaps the brightest gem of the chinoiserie crown, Barry Hughart’s Bridge of Birds chronicles the adventures of the sage Master Li and the villager Number Ten Ox as they face off against crooked peddlers, rabbity tax assessors, exalted lords, and the machinations of the gods themselves in search of a cure for the kuu poison affecting their village’s children. 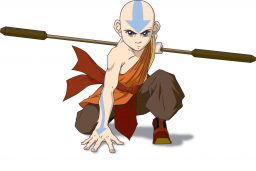 Inspired by Bruce Lee’s fame and Hong Kong cinema, movies such as John Carpenter’s cult-classic Chinatown misadventure Big Trouble in Little China and Disney’s Mulan took the torch of chinoiserie from literature, created beloved classics of the silver screen in the process. Chinoiserie also moved to video games with the gory martial-arts fighting series Mortal Kombat and Bioware’s  Jade Empire, an RPG homage to the Shaw Brothers‘ kung-fu movies, while the short-lived Firefly television series added a Chinese voice to the strange conversation between Japanese samurai films, American westerns, and science fiction as a whole. More recently, the martial arts cartoon Avatar: The Last Airbender explored a fantasy version of China, mixing Western alchemical elements with Chinese martial arts. The tradition continues into this decade, with Wu-Tang Clan’s RZA starring in The Man with the Iron Fists, a loving tribute to the grindhouse days of blacksploitation and the Shaw Brothers’ cinema. 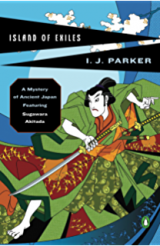 As China moved from the written page into the theaters and small screens, Japan took over the written word. James Clavell’s Shogun and Jessica Amanda Salmonson’s fantasy adventures of female samurai Tomoe Gozen are among the first novels reflecting the shift from chinoiserie to japonisme. As Japan rose again to become an economic power and a media giant in the 1980s, American fascination with the Land of the Rising Sun grew, spilling over into its stories. Perceptions of present day Japan are explored in thrillers like Michael Crichton’s Rising Sun, lost-in-translation misadventures like Isaac Adamson’s Tokyo Suckerpunch, and lost to reality gamer webcomics such as Megatokyo. Continuing the tradition created by Lafcadio Hearn’s Kwaidan, the folklore and mythology of Japan are explored in novels such as Kij Johnson’s The Fox Woman and Lian Hearn’s Tale of Shikanoko series. Japanese history from the Heian court to the Warring States forms the backdrop for I. J. Parker’s Akitada mysteries, the Yamada Monogatari series of Richard Parks, and the classic Tales of the Otori. Japanese elements flavor John Wright’s Daughter of Danger, Neil Gaiman‘s Sandman and American Gods, and indie works such as Rawle Nyanzi’s Sword & Flower and countless others. And the thirst for all things Japanese (and japonisme) has yet to be quenched.

(Incidentally, as of the date of writing, Castalia House’s concepts page still states that they are looking for a Heian era fantasy “set in the world of the Shining Prince as per Sei Shonagan and Shikibu. Complete with poems.”)

Perhaps the reason why chinoiserie and japonisme do not get the recognition that other genres do is because they combine so well with other genres. Chinoiserie rarely stands alone in a story, but crosses with action, with detective mystery, with noir, with fantasy, and even with science fiction to bring a exotic flavor to those genres. It has been easy to lose sight of the influence of chinoiserie as this weird fiction genre has drifted into the historical fiction and literature shelves. However, the influence of the East upon weird fiction is unmistakable, and chinoiserie is as much a founding genre as fantasy, science fiction, and horror.