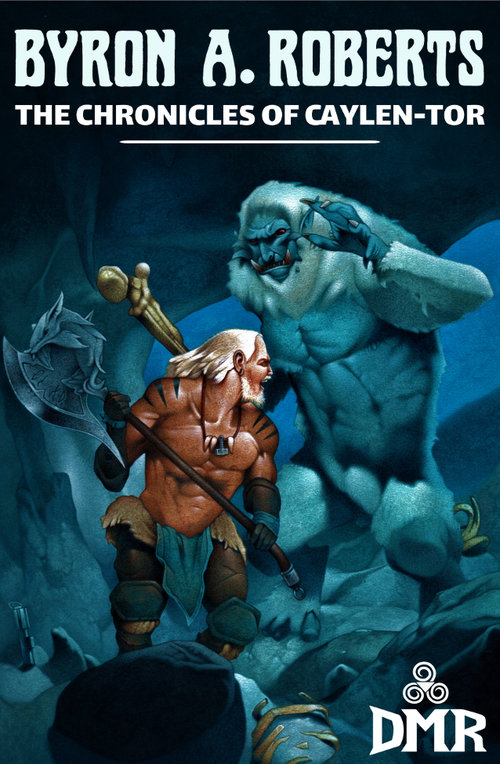 The Chronicles of Caylen-Tor is a collection of three novellas along with some appendices. The setting is antediluvian, just before the “Second Cataclysm.”

“The Siege of Gul-Azlaan” introduces Caylen, north man mercenary in the service of the Vyrgothian Alliance. The Alliance is under attack from the Imperium who is methodically attacking and reducing a series of strategic fortresses guarding the Alliance. The fortress of Gul-Azlaan is on the edge of the desert.

What follows is an epic siege with some battle sorcery and lots of sword slinging going on.

“The Battle of Blackhelm Vale” takes place years later with Caylen-Tor, now king of an alliance of northern tribes. Their domain is under threat from Mytos K’unn from the east after a sorceress has usurped the throne and embarked on a policy of imperial expansion.

The neighboring realm of Delania has been overrun and the decision made to resist the passage of Mytos K’unn’s army or not. Caylen-Tor goes to war with some of the tribes choosing to stand neutral.

There is a night attack provoking Mytos K’unn’s army under the general Talus Ebonfyre to go after Caylen-Tor. There is an epic battle at Blackhelm Pass that is sort of like the battle of Thermopylae with a rousing final act.

The tribal alliance has fallen apart and Caylen is chieftain of the Wolf Clan. He forays with a ship of reavers to the southern oceans. “The King Beneath the Mountain of Fire” has the crew of the White Wolf following a map to a desolate volcanic mist shrouded island. The island supposedly has a treasure city. Part of the crew explores inland and find a way through a tunnel to a tropical portion. Sort of like Edgar Rice Burroughs’ Caprona. They encounter serpent men who ride dinosaurs and tribes of humans subjugated or hunted. Caylen gets involved in dealing with the Serpent Man king.

Roberts has some appendices at the end of the book giving more background on the world Caylen-Tor. He also ties it in with the stories in the Swords of Steel anthologies. 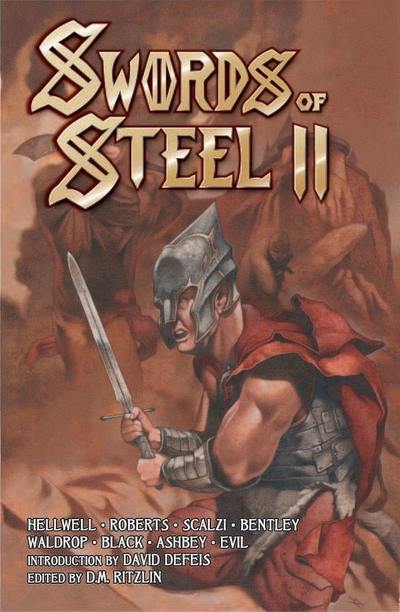 This is old school sword and sorcery with lots of action and eldritch menace. The influence of Robert E. Howard, Clark Ashton Smith, Michael Moorcock, and David Gemmell is present. The stories hold your attention and move along fine enough. I have noted before that Roberts is in love using over the top adjectives: cinereous, adamantine, hiemal, ferine, scintillant, feculent, rugous, eburnean etc.  Instead of ferocious grin we get “ferocious rictus grin.” I like these words but used sparingly. Less would be more. It gets you into “Eye of Argon” territory when the dictionary goes rampant.

Despite this quibble, if you like old school sword and sorcery, check out Byron Roberts’ The Chroncicles of Caylen-Tor. You can get it in classic mass market paperback size, trade paperback, or digital directly from DMR Books or from Amazon. 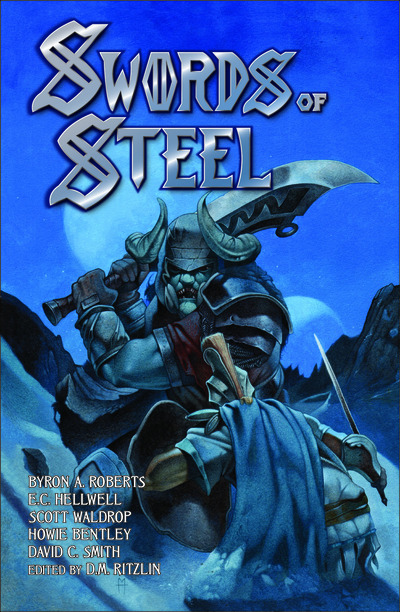