Tom Kratman, Vox, Amazon Best-Selling Scfi author Richard Fox, and myself, have been collaborating on the Secession of California. I mean the timeline for such a fictional event… should it ever happen, and how we would WarFight it.  We went through and pulled all your comments on the possible timeline, events and craziness, that could happen and then balanced those with our own Napoleonic yearnings 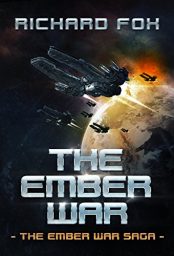 and came up with this…  It’s just a taste… but tell us what you think:

This would be Phase One of the Conflict.  There are two more Phases to come.

In Phase Two The U.S. will begin to rally its Armored Divisions in Las Vegas and Carson City, readying for the Invasion of the Sovereign Republic of California.  I’ll be back with that next week.

So, let us know what you think.  Also, if you’re in the mood for a Free book and a Free novella, I’ll be giving those out over at my website.  just sign up for my email list Here and you’ll get your book, and the novella will arrive in about two weeks.  Thanks.