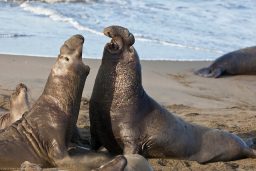 To continue on the theme from my last article on morale, I want to touch on another area Wargames do not typically handle well–the setup. Major happenings before or leading up to a battle often determine the outcome far more regularly than the actual fighting. I was struck by this while reading Xenophon’s Anabasis, in particular just how much of the detail had to do not with the actual combat of the army, but with the proper support and maintenance of the force, or the posturing or rush for positioning around terrain or questions surrounding diplomatic envoys, or even scouts running into one another and both armies scrambling to react.

One of the most pivotal battles of the American Civil War was Gettysburg, which started when soldiers went into the town to buy new shoes and ran into their opposition; around the town the armies deployed and the next three days were some of the bloodiest in US history. Before that at the battle of Chancellorsville, the Confederate general Stonewall Jackson–arguably the most gifted tactician in US history–had been killed by complications of an injury dealt by his own side’s picket forces, greatly affecting morale and his army’s ability. Assassinations of delegations or opposing military leaders is what gave Xenophon, a young man at the time, command of his legendary march to the sea: The army he took command of had lost all its senior leadership in a false parley. It was not necessarily ability that led the allied forces to victory in North Africa in World War II, but supply issues as German armor ran out of fuel. Fortifications and battlefield preparation also matter greatly, with Hitler and Rommel being very prepared for D-Day but the fluke of Rommel leaving to visit a family birthday event can partially be blamed for the German defeat! Finland enjoyed quite the battlefield advantage against invading forces due to their battlefield familiarity, deploying ski-equipped troops in the snow. Speaking of snow, how about the results of, oh I’m not sure, every military campaign that has attacked Russia in the wintertime? Russia usually was ripe for attack, but it wasn’t the fighting that made the difference. I could go on, citing examples from Scipio Africanus to George Washington and beyond, but the commanders’ skill with rattling the saber is clearly influential in determining the outcome; why do we practice heads-up, skirmish styles of Wargames so often when usually in battle one side has an advantage?

It has to do with fairness and the way we run tournaments. I understand that very well, but I can’t help but picture the wonderful puzzles I have put together with friends: Sudden reinforcements, delaying tactics by a handful against an army, holding out for reinforcements against a superior force, retreating with as few casualties as possible…so many times instead of calculating for efficiency of command our evaluations are on an overly simple slaughter calculation when two “even” armies line up and both essentially charge at once.

What if conditions on the battlefield favor the local defender more who are used to the rain or heat or swampy soil that must be walked on, or have equipment that doesn’t jam or fail in the insidious desert sands or blistering cold of the north? What if there are political concerns where one army’s heart isn’t in the fight, or propaganda has weakened resolve? The opportunities for unfair fighting or outmaneuvering the opposition are too numerous not to take into account, and they can be involved without ruining the fun.

Would it not be neat if each faction had the ability to pick from a handful of pre-battle cards, depending on the type of scenario? One faction might have “Propaganda” with morale effect for their opponents’ army, while the other might choose to deploy “Familiar Weather” and affect the enemy’s movement values. If you kept the options limited, you could reflect and allow factions to have different styles and make optimum play more ambiguous while also reflecting a wider situation for the commanders to deal with beyond merely rolling a scenario and setting up terrain. Perhaps you could even have different commanders and their doctrines and styles reflected!

What are some other ways we can expand our hobby and round it out? The best games are yet to be made..