There are two myths about scifi/fantasy that refuse to die and must need be repeatedly bludgeoned back down – that women have historically been excluded from the industry and that there is a serious lack of strong women characters in the genre. In my last post I talked about the Queen of Space Opera, Leigh Brackett, and highlighted some of her work. So this time let’s have a look at a Strong Female Character™!

This one predates Brackett by about 500 years and came to my attention through my reading of Bulfinch’s Legends of Charlemagne (the Matter of France being one of my blind spots). Behold – the badass babe Bradamante! 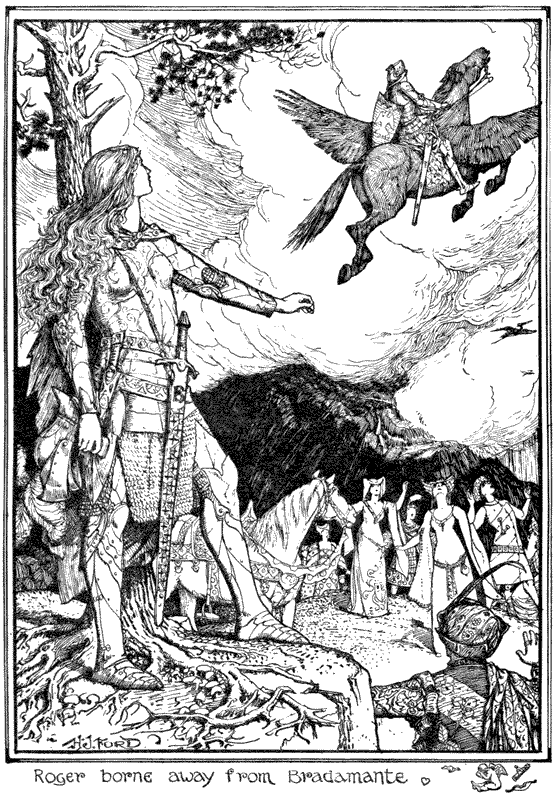 Now I actually enjoy the Song of Ice and Fire books, by and large. But there are a lot of legitimate criticisms to be leveled against Martin. To say that he often does his characters disservice is an understatement. In this particular case, I’m thinking of how unfortunate a creature we find in Brienne of Tarth when compared to our lady Bradamante. She’s the only woman who can compete in a man’s world on a man’s level! And of course she’s ugly and mannish, lacking in both grace and femininity. But how else would we know that she’s tough and strong?

Well, get a load of Bradamante. Bulfinch introduces her to us in media res, in the midst of battle. Her future husband, the Saracen Rogero, spies her engaged in combat with another Moorish knight (though at this point he is unaware of her sex) and chivalrously informs her that her army is fleeing and that she had best join them. Ultimately she is unable to catch up to her allies and Rogero insists on accompanying her off the field.

After introducing himself, he seeks to learn more about her. He gets much more than he expects, and here begins their legendary romance.

Having thus ended his tale, Rogero entreated a similar return of courtesy from his companion, who replied, without disguise, that she was of the race of Clermont, and sister to Rinaldo, whose fame was perhaps known to him. Rogero, much moved by this intelligence, entreated her to take off her helmet, and at the discovery of her face remained transported with delight.

While absorbed in this contemplation, an unexpected danger assailed them. A party which was placed in a wood, in order to intercept the retreating Christians, broke from its ambush upon the pair, and Bradamante, who was uncasqued, was wounded in the head. Rogero was in a fury at this attack; and Bradamante, replacing her helmet, joined him in taking speedy vengeance on their enemies. They cleared the field of them, but became separated in the pursuit, and Rogero, quitting the chase, wandered by hill and vale in search of her whom he had no sooner found than lost.

Rogero is “transported with delight” at the sight of her face. Not only is she said to possess a fighting prowess equal to the greatest knights, but she is comely, too!

The way Bradamante is portrayed alongside Rogero also gives us some insight into the best way to write strong female characters – on equal footing with men and in complement to (rather than in sacrifice of) their femininity. Note that Tolkien’s warrior-woman Eowyn received a similar treatment. Here, Rogero comes to the aid of Bradamante and then the two fight valiantly, side-by-side, against common foe. Rogero is not shamed, nor does Bradamante single-handedly whoop the ambush party before Rogero is able to join the fight. 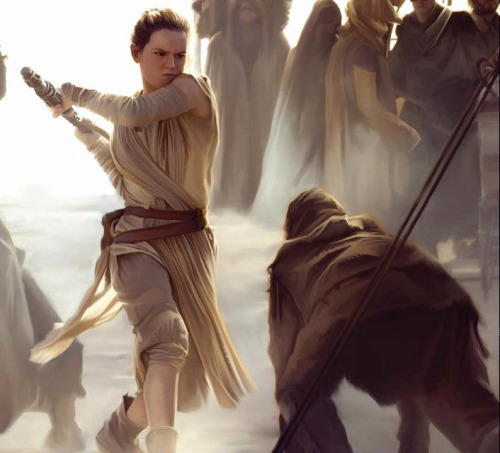 This, in and of itself, presents an attractive and entertaining symmetry to the female hero and her relationship with the paladin Rogero. Observe – a hunky man-knight and a beautiful gal-knight, kicking ass together as a dynamic duo! But we’re not done yet!

There is a prophesy foretold of Rogero, that he would either remain a Saracen and cause the downfall of Charlemagne’s empire, or else he would marry Bradmante (something she learns from the ghost of Merlin!), convert to Christianity, and sire a line of noble heroes (though in a bummer twist he’s fated to suffer betrayal and death shortly after this). Knowing of this doom, Atlantes, a powerful Moorish sorcerer and the adoptive guardian of Rogero, kidnaps him away to a castle in the clouds so as to thwart the fate in which he becomes espoused to the beautiful woman knight.

Having been separated from him after the battle, Bradamante resolves to track and rejoin him, and in this way she learns of his fate and decides to rescue him.

Bradamante, the knight of the white plume and shield, whose sudden appearance and encounter with Sacripant we have already told, was in quest of Rogero, from whom chance had separated her, almost at the beginning of their acquaintance. After her encounter with Sacripant Bradamante pursued her way through the forest, in hopes of rejoining Rogero, and arrived at last on the brink of a fair fountain.

I won’t relate the whole story, but suffice it to say the battlemaiden saves Rogero from the enchanter. What I do want to highlight is the way in which the script is flipped here – Rogero is saved by a white knight, who is the Lady Bradamante! Brilliant!

Ultimately Rogero must fight to win her hand, and so once again do we see a balance between the two. Truly strong women are not superior to men, but equal and different. As demonstrated in the character of Bradamante, this doesn’t make them weak. 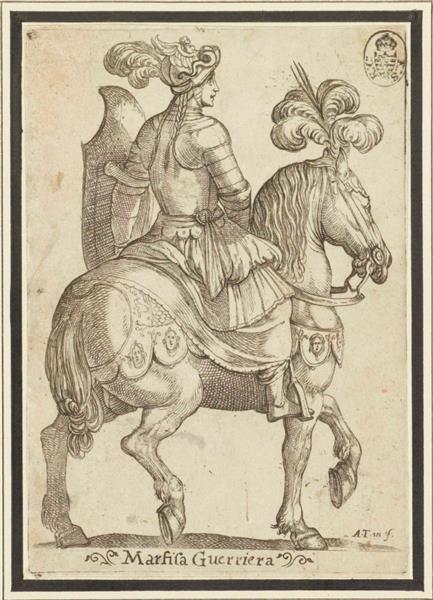 Tags:bradamante, bulfinch, legends of charlemagne, SFF, the matter of france, women in SFF