You Don’t Need to Know Science to Write Science Fiction…But it Helps! 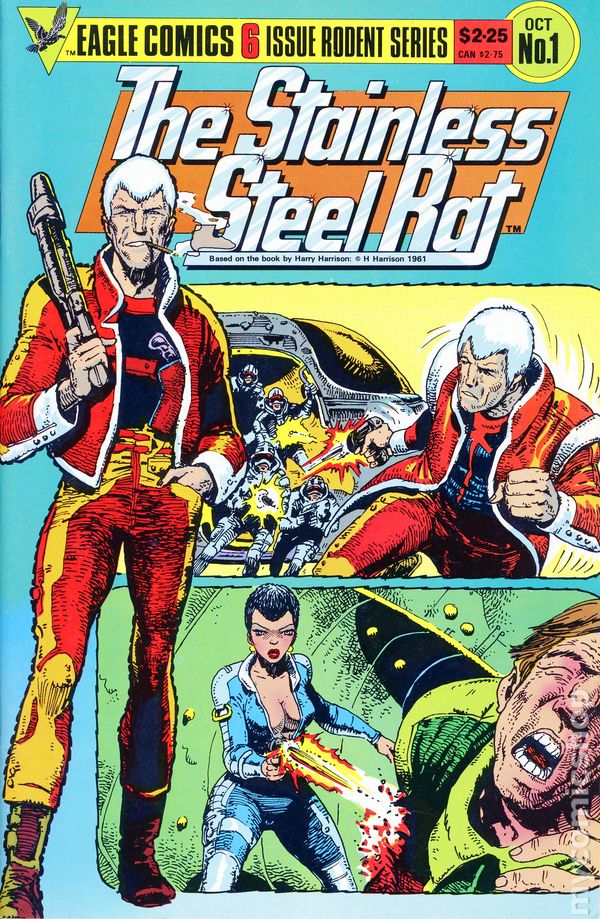 Contrary to the genre’s title, most authors writing science fiction know less about science than a curious twelve year-old. Even more surprisingly, one can still write good, even great SF with this impediment!  And I note this as a professional scientist who loves “hard science” works.  While this might seem like great news for the hoard of hacks out there, including those with philosophy degrees from the University of Chicago, this is indeed a severe handicap, and makes the writer’s task tougher, not easier.

Let’s start off with a particularly successful case, that of Harry Harrison.  Harrison didn’t have much of a technical education and never worked as a scientist or engineer.  Knowing this limitation, his stories rarely touch upon explanations for advanced technology or phenomena.  Thus, his lack of scientific knowledge was never a significant, noticeable weakness in his writings.

In the absence of science, Harrison needed to rely on other qualities for his stories.  In the Stainless Steel Rat series, which I have covered before, he relied upon his outstanding humor, and thrilling, ingenious action.  Thus, the Stainless Steel Rat is an excellent adventure series with some loose science fiction elements thrown in.

However, this didn’t make matters easier on Harrison, but harder.  He was never able to write scientific explanations to change up the pace of his stories, even if he wanted to.  And whereas most science fiction authors could write a mix of scientific ideas and action, with a possible failing in one being buoyed up by the others, Harrison had to rely solely on the latter.

Another example, albeit not as successful, is that of Ursula Le Guin.  She knew even less about science than Harrison did, as her education was limited to Rennaissance French and Italian literature.  In fact, her profile on Infogalactic humorously notes that “She was interested in biology and poetry, but found math difficult.”

Unfortunately, she was less self-aware than Harrison, and injected phenomenally idiotic, pseudo-scientific explanations in her stories constantly.  Thus, instead of being covered up, they were a glaring weakness in her work.  In The Lathe of Heaven, written in 1970, she predicts that large cities will be ravaged by scurvy, typhus, and hepatitis in the year 2000.  The first two diseases had virtually been eradicated, with no signs of resurgence, when she wrote the work.  She also claims that it would take the atmosphere “several hundred years to get rid of the CO2”.  While I understand Le Guin found math difficult, if humans completely stopped producing CO2, it would take 9-12 days for the atmosphere to rid itself of the amount presently there.  Or, if you believe global warm…err “climate change” hysterics, it will take…several years.  A few hundred years is baseless ignorance. 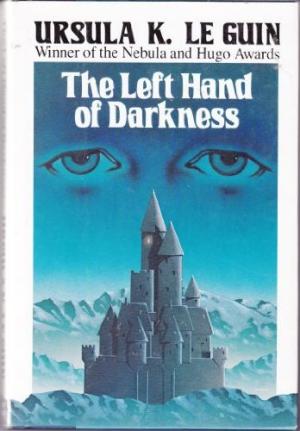 Those bored eyes are how one feels reading the book’s glacial descriptions and thawed action.

Her famous The Left Hand of Darkness contains one of the dumbest scientific claims I have read in the genre. Le Guin tells us that the night sky in Gethen is dark because of an expanding universe. Firstly, their night sky wouldn’t be completely dark considering they’re less than 100 light-years from Earth, which means most the stars we can see from here would show up in their night sky. (We can presently see stars some 3,200 light years away with the naked eye) Secondly, the concepts are largely unrelated unless this story takes place billions of years from the present day, which it does not.

Since Le Guin was writing such pseudo-scientific dreck, why is she a partially successful case?  Well, because she was a fine fantasy writer who excelled at world-building.  Unlike Harrison, she was very poor at writing action, but Le Guin had unique, interesting ideas when it came to describing a society, its history, or an illusory concept.  Just so long as it was completely divorced from anything scientific.  Thus, her science fiction is fantasy with bad science thrown in.

And lastly, we come to the abject failures, which encompasses most writers.

Here of course we have all the romance in space writers.  These are not science fiction writers who mainly excel at adventure, like Harrison, or fantasy writers masquerading as science fiction ones, like Le Guin, but purely romance writers who simply use space or a foreign planet as a setting and nothing else.  Change space to a castle and the alien to a prince and you have a typical “historical romance” with no loss in coherence.  Needless to say they know nothing about science, either.

Of course, it need not only be romance in a space setting.  Consider the 2014 Hugo Award winner for Best Novelette, The Lady Astronaut of Mars, written by everyone’s favorite puppeteer and John Scalzi’s secret, creepy crush, Mary Robinette Kowal.

Like space romance, this is not a science fiction story by even the loosest definition.  An old woman must decide whether to go on one last mission into space or stay home to care for her sick, dying husband.  The particular of her work are never discussed and it’s never relevant to the story.  It could as easily have been her deciding whether to take an exotic trip around the world, or visit the annual Puppeteer’s Convention she has wanted to see her whole life.  This is bland, turgid, pointless drama in a space setting.

Thus we see that while it is possible to succeed as a science fiction author lacking a knowledge of science, the degree of difficulty only becomes greater.  And for every one Harry Harrison and ten Ursula Le Guins there are countless thousands of Mary Robinette Kowals.