So You Killed Science Fiction. Now What? 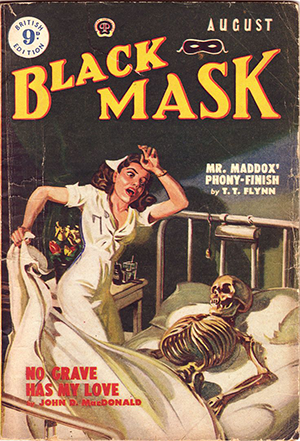 People complain that I only pick on Blue SF. Fair cop, especially as it’s not the only form of SF that damaged the genre. EVERY age after the Pulp-driven Golden Age did its part to drive the audience away, and put Science Fiction on life support.

Silver Age: Removed heroics and adventure.
Bronze Age: Removed decency and virtue.
Iron Age: The reign of the Left.
Clay Age: Finger-painting with their own poo.

There’s a sickness in SF, it’s very nearly terminal, and Doctor Warpig is in the house to diagnose the disease and prescribe a cure.

Some of you may be in denial: “Science Fiction is NOT a ghetto! It’s not struggling. It’s just as popular as anything else!”

Let’s put it to a test. Take these three books:

You’ve probably heard of them. And movies and TV shows based on them. And allusions to them. EVERYBODY has.

Since 1940, the only landmark works Science Fiction has given birth to came out of television and cinema: Star Trek and Star Wars. What’s the closest to massive crossover success written SF has had in that same time period? Suzanne Collins’ “The Hunger Games”. AFTER the movies came out.

Written Science Fiction is a ghetto.

In fact, during this time period movies and TV have always had a bigger impact on written SF than the other way around. (Star Wars Expanded Universe, anyone?) It’s been almost 80 years since prose Science Fiction had an impact.

If you don’t impact the popular culture, you’re in a freaking ghetto. Right now, SCOOBY DOO is bigger than Science Fiction.

Have you seen the Amazon numbers? “Literary” works—the stodgy, boring crap that turns people off of reading—outsell SF!

Let’s ask a normie if he recognizes some benchmark works of post-Golden Age SF.

Neuromancer? “Fantasy, maybe?”
Stranger in a Strange Land? “Some kind of travelogue?”
Ringworld? “Is that a Halo novel?”

A video game—A FREAKING VIDEO GAME—is a more popular example of Science Fiction than anything SF writers have cranked out since 1940. Video games, TV, and movies, folks. That’s where the audience is.

Harsh words, but admitting you have a problem is the first step, and Doctor Warpig always tells it to you straight. Now, to be fair, Science Fiction isn’t dead—yet—but it’s in the ICU and circling the drain.

Tomorrow: the cause of the current cancer on SF, and the cure.

NOTE—This is the first of a series: Part Two. Part Three.